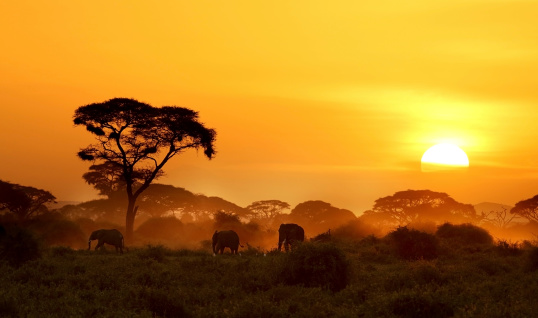 It is the last ground-floor investment opportunity left on Earth.

And yet, all but the most adventurous of investors are even aware of it.

Even those that are aware of it say it’s too risky – that it’s poverty-stricken and full of wars and political upheaval.

I’m talking about Africa, the world’s second largest and second most populous continent. It is a place where the reality on the ground is far different than common perception.

Many of the economies on the African continent have been growing at a brisk pace since stirring out of a long slumber at the turn of the century. The International Monetary Fund says Africa grew at a 6% annual rate for the past decade.

According to the World Bank, that growth is set to continue. It compiled a list of the 13 countries with the highest projected compounded annual economic growth rate (CAGR) from 2014 through 2017.

Out of the 13 countries, six are African nations. Here are the winners, with their CAGR:

And it’s not just because the economies are coming off of a very low base. There are some real game changers occurring on the continent.

Africa is well-known for its abundant natural resources, and it seems more discoveries are made daily.

Take Mozambique and Tanzania, for example. Huge discoveries of natural gas fields off the shores of these countries are leading to significant investment by energy companies. The hope is that these nations will become significant exporters of liquefied natural gas.

The change is real on the political side too. In oil-rich Nigeria, this year saw the first presidential election that was contested between two political parties.

All of these changes have contributed to a key development – growth in the size of the middle class in Africa. It has grown from 27% of the population in 2000 to 34% in 2010.

The continent’s demographics are also very favorable. It is the world’s youngest continent, with an estimated 40% of its population under the age of 18.

Africa is finally starting to get the notice of some big investors.

One of the largest U.S. pension funds – the New York Common Retirement Fund – plans to invest as much as 3% of its portfolio in Africa over the next five years. That translates to about $5 billion.

Private equity has also awakened to the opportunities Africa offers. Last year, private-equity firms globally raised $4.2 billion to invest in Africa. That was double the average for the preceding five years. This year the pace is even hotter, with $2.2 billion raised – just in the first quarter of 2015.

But what about African investments for the average investor?

How to Invest in Africa

Here’s where it gets tough. The pickings are slim, to say the least.

Most of the current African exchange-traded funds are far too focused on certain sectors, such as financials. You just don’t get that broad exposure to the African economy.

For investors interested in particular sectors, there are several South African stocks that may have appeal. These stocks trade over the counter and have broad exposure to Africa and other emerging markets.

But the best way to get broad exposure to a wide swath of countries and sectors is through a mutual fund called the Nile Pan Africa Fund, which is available in both Class A shares (NAFAX) and Class C shares (NAFCX).

The Nile Pan Africa Fund received an award in 2014 from Lipper for being the best emerging-market fund for the prior three years performance. Currently, the top countries represented in the fund are South Africa, Kenya and Nigeria.

Beware though – it does have rather high fees. The A shares have an annual expense ratio of 2.5% (and a 5.75% upfront sales load before breakpoints), while the C shares carry a 3.25% expense ratio.

The fund is managed by Larry Seruma, who grew up in Uganda and has over 20 years experience in the portfolio management business. He uses a value approach, searching for companies trading below their intrinsic worth.

Yes, Africa still has its problems. Some are man-made (politics) and others are simply caused by Mother Nature.

In western Africa, for instance, there are water worries. Typically, in years with an El Niño system and cooling in the North Atlantic, drought in the region is severe. All while the need for clean water is shaping up to be the biggest mega-trend of our time.

But the continent seems to be making positive strides out of a long period of darkness.

The time to get in on such investment opportunities is when most investors are still unaware of them or too afraid to jump in. Africa is that opportunity now.