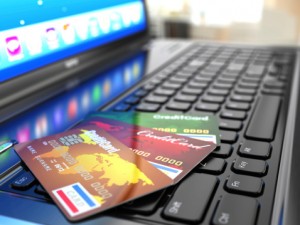 Within the next couple months, China’s leading Internet company will go public. Most red-hot IPOs are off limits to average investors. But with the Alibaba IPO, there is a simple way to buy shares before the company goes public.

Outside of China, Alibaba isn’t very well known. But the company is the driving force in China’s Internet and e-commerce sector. Think of the company as an Asian hybrid of Amazon and eBay.

That dominant position has many investors excited about the upcoming IPO on the New York Stock Exchange (NYSE). It’s currently estimated that Alibaba will raise as much as $15 billion at a valuation of $150 – $200 billion.

That would make this one of the biggest IPOs ever. In comparison, the Facebook (NYSE: FB) IPO valued the company at $104 billion.   And already Alibaba is twice as profitable as Facebook.  With tech stocks soaring, investors are lining up to buy Alibaba shares. After all, there have been several very profitable tech IPOs in the past few years.  Twitter (Nasdaq: TWTR), LinkedIn (Nasdaq: LNKD), and Yelp (Nasdaq: YELP), are all terrific examples of IPOs that delivered big profit to early shareholders.

Alibaba is extremely strong financially.  It forecasts at 11 billion dollars in 2014 sales, with a growth rate of 50%.  This means that Alibaba sales are similar to Ebay ($18 billion) and Facebook ($10.5 billion dollars).  Alibaba’s impressive growth means its IPO could perform as well or better than those that I listed above.

I fully believe that any investor able to buy stock during Alibaba’s IPO this year should absolutely do so.  But getting in on the ground floor of an IPO is notoriously hard.  The good news is that even if you are unable to directly take advantage of this IPO, there is another way to make money off of this situation.

But you don’t need to wait for the upcoming IPO to buy shares of Alibaba.

That’s because Yahoo owns a 24% stake of Alibaba.  Based on recent estimates, that equity ownership is currently is valued at around $36 billion.

It’s important to realize that Yahoo’s current market capitalization is $39 billion. That means that 92% of Yahoo’s value is tied to its stake in Alibaba.

It only stands to reason that a successful Alibaba IPO would cause a jump in Yahoo’s share price. Yahoo plans to sell some of its Alibaba stock in the IPO. The proceeds from the IPO could be used to fuel Yahoo’s growth, buy back stock, or issue a special shareholder dividend.

If you believe that Alibaba shares could soar after the IPO, than consider buying Yahoo stock today. By owning Yahoo shares, you can easily own a stake in Alibaba before the company’s IPO.

Why did Google just invest $60 million in this alternative bank?

We just found out that some of the savviest investors in the tech world are bankrolling a new, alternative, web-based banking platform. Most investors have never heard of it, but we believe it could revolutionize banking the same way the internet revolutionized music, communication and business. The best part? You can invest alongside Google and collect 9.6% yields starting immediately. Click here for the full details.