Apple won’t be the biggest benefactor of mobile payments. It’ll be these five retailers instead. 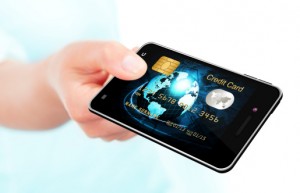 Everyone and their brother are raving about the new iPhone 6, which hit the market last week.

However, there hasn’t been enough excitement around the fact that mobile payments are here, finally.

Google (NASDAQ: GOOGL) couldn’t do it, but Apple (NASDAQ: AAPL) has revolutionized yet another industry with Apple Pay. While this could prove to be lucrative for Apple, I’m more interested in the stores where I can leave my wallet at home and pay with my phone.

Only a handful of stores are involved in the initial rollout of Apple Pay, which should be available next month. These stores should capture incremental business and possibly steal some market share from competitors by being the first locations to offer mobile payments.

His Berkshire Hathaway (NYSE: BRK-B) has bought up some of the best companies with first-mover advantages over the years. What industry has better competitive advantages than the railroad industry? Buffett purchased Burlington Northern Santa Fe in 2010 and has been capitalizing on the U.S. oil production boom ever since — Burlington Northern is the undisputed leader when it comes to transporting oil by rail.

Then there’s Buffett’s GEICO, which become a powerhouse with its use of the internet to grow at a low-cost, and his NetJets has long been a pioneer in renting and partial ownership of private jets.

Digital is here to stay. The stores that have been embracing digital for the last couple years have been doing quite well. And now, if shoppers can pay via their iPhones, that gives them an even greater incentive to choose those stores over the competition.

With that, here’s a look at the top 5 must-own stocks thanks to Apple Pay:

This stock is down 30% over the last 12 months, making it the biggest underperformer of the five stocks listed. But Whole Foods is easily still one of investors’best options in the health foods market. And that’s not the only reason it will be one of the big benefactors of Apple Pay. Let’s face it…most people that shop here likely already have an iPhone.

Whole Foods is called “whole paycheck”for a reason. It’s a pricey place to shop, hence the reason they target mainly affluent neighborhoods. With its premium priced products, it generates a premium level of sales per store.

Macy’s is already a leader in the “omnichannel,” having led the transition to digital in the department store industry. Thus, it should come as no surprise that Macy’s, and its higher-end store Bloomingdale’s, will be one of the first retailers rolling out Apple Pay.

But it’s not just ecommerce for Macy’s. As part of its My Macy’s Initiative, it has been tailoring its marketing and merchandising to specific regions, helping make the company more customer-focused.

Shares of Walgreen took a pounding over the summer, making it the cheapest we’ve seen for some time. This comes as the giant retailer announced it was acquiring the remaining 55% of Alliance Boots it didn’t already own. But instead of moving its headquarters to Europe to take advantage of a lower tax rate, it decided to remain in the U.S.—leaving it an All-American company.

The acquisition allows Walgreen to transition from a U.S. drug retailer into a global health and pharmacy company. Ultimately, Walgreen will not only be able to leverage Apple Pay in its U.S. stores, but across the globe.

The U.S. market hasn’t been the most friendly for fast food companies with the rise of fast casual and “healthy”alternatives, but the rest of the world still loves McDonald’s. In particular, McDonald’s has vibrant markets in Japan, China and Latin America.

Regardless, the introduction of Apple Pay is a big move for the world’s largest fast-food company with over 35,000 locations. The dividend alone on McDonald’s stock means you could own it forever. It yields 3.4% and has increased its annual dividend payment for 37 straight years.

This office-supply company offers the highest dividend yield of the five stocks, coming in at 3.7%. It also trades at the lowest P/E (price-to-earnings) ratio, right at 14.

Staples is already the second-largest online retailer in the U.S., behind only Amazon.com (NASDAQ: AMZN). However, it’s now trying to persuade more shoppers to visit its brick-and-mortar stores.

Hopefully Apple Pay will be just what the office supply retailer needs to get shoppers in its stores. That should help Staples build a more complete omnichannel strategy —allowing it to marry the digital and physical shopping experiences.

Even if you don’t have an iPhone, or won’t be upgrading to one of the new ones, you shouldn’t let that stop you from profiting from the Apple-crazed fans standing in line for hours.

By being one of the first companies to offer a true mobile payment option, each of the five retail companies above can spark new shopper interest that’ll I’m betting will ultimately lead to a boost in shareholder value.