Depending upon his market outlook, there are a variety of ratio spreads that a trader can employ. Some are appropriate for bullish markets, others for bearish. Some will perform during volatile times, others when the market is flat. 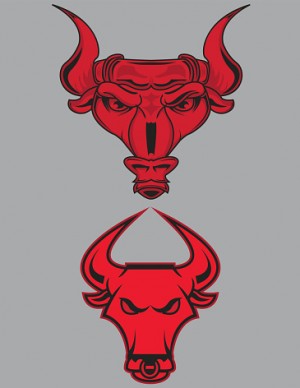 As an introduction to the nearly infinite number of ratio writing possibilities that exist, we’ll begin with a less complex, bullish market strategy. But first a word of explanation.

Ratio writing is a sophisticated trading technique that’s implemented by opening two separate “legs,” or transactions. On the one “leg,” a trader buys calls (or puts); on the other, he sells them.

What separates ratio writing strategies from straightforward spreads, however, is that the number of bought and sold calls (or puts) is never equal. Generally speaking, there is a 2-to-1 or 3-to-1 ratio between the number of options traded on each leg. However, in reality, there is nothing to stop a knowledgeable and willing trader from setting his own parameters and writing ratios of 4-to-1, 3-to-2, or whatever combination he deems most likely to garner profits.

And therein lies the potential for both success and failure.

Because there are no hard and fast rules for ratio writing, it’s best for beginners to start simple. Indeed, the examples we’ll provide in this article and several to follow will attempt just that: to acquaint you with the nuts and bolts of the ratio-write spectrum of trading strategies and to introduce you to some of the more important considerations involved in successful ratio-write trading – including strike price selection and proper ratio calculation.

Let’s start with an example.

This is a chart of the iShares Silver Trust (NYSEArca: SLV): 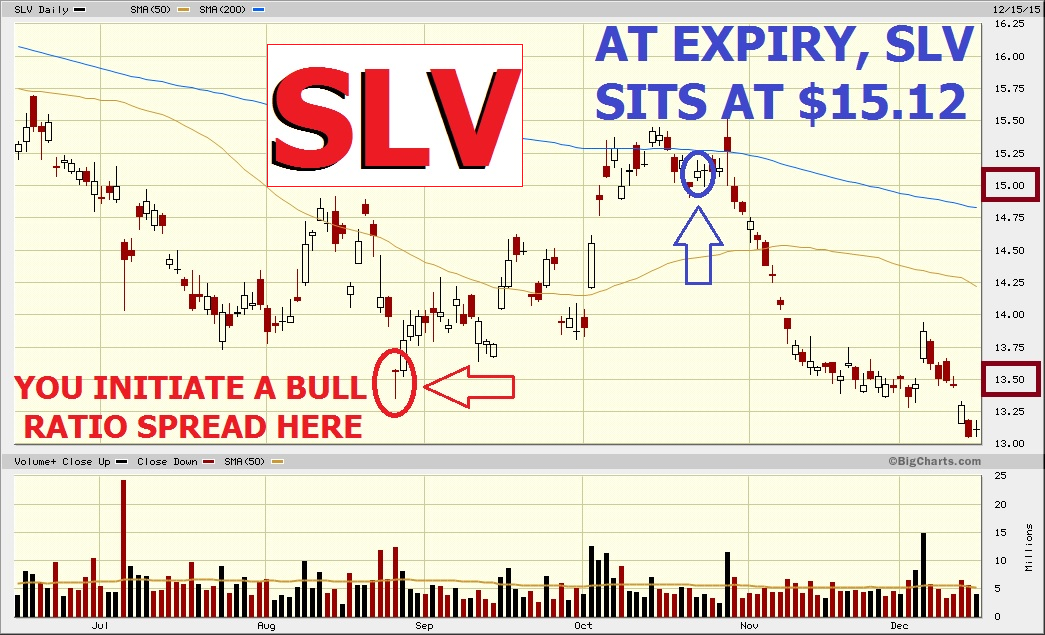 In late August, after a four-day waterfall decline, you believe SLV is due for a bounce, but you don’t believe the bear market in silver is over. At best, you figure the stock will carry as high as the down-trending 200-day moving average (blue line). At that level, you figure there will be enough resistance to hold the ETF below $15 through October.

Let’s digress a moment to reiterate that a trader could sell more options here, or options with a lower strike price and thereby pull in more premium on the trade. He might even arrange Leg B such that he receives a net credit on the initiative.

We have limited our example to just two calls written at the $15 level, both for the sake of simplicity and to demonstrate that the short calls are best selected at the upper end of the range one foresees the stock trading. Indeed, maximum profit on the trade is achieved if the shares rise precisely to that upper limit and go no further.

A bull ratio spread is profitable as soon as the long call climbs enough to cover the initial debit.  Of course, if the trade is written for an initial credit, the underlying security can fall by as much as that credit and still break even.

Should the stock run away to the upside, the long call will gain nicely, but the two short calls will gather losses in a hurry. The key to success, therefore, is: