With consumers saving billions of dollars at the pump and on home-heating costs, the holiday shopping season looked to be a slam-dunk.

Many in the market were expecting consumers to run rampant, buying up  sneakers or TVs with their new found discretionary wealth. But that didn’t happen. 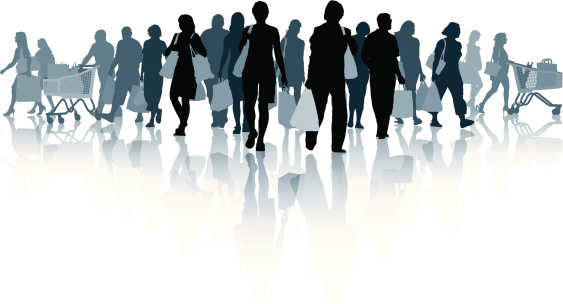 Millions of Americans are indeed reaping the rewards of low oil prices, but they are choosing to keep that money to themselves.

According to the Commerce Department, personal spending for U.S. consumers in December was down 0.3% versus November. In fact, this was the biggest decline in nearly four years. Meanwhile, the American savings’rate was up to 4.9%, compared to 4.3% in the previous month.

The major credit and debit card companies even confirmed this thesis. During the earnings calls of Visa (NYSE: V), MasterCard (NYSE: MA) and Discover Financial Services (NYSE: DFS), the companies all noted that consumers haven’t increased their discretionary spending as much as expected.

It looks like consumers are socking their gas savings away — opting to save it or use it to pay down debt.

So today, we’re looking at the names that will benefit regardless of what investors do with excess cash. These include consumer staple stocks. Consumer staple companies sell necessities, such as food, gas, prescriptions and health products.

Going a step further, we narrow the field by focusing on  shareholder-friendly consumer staple companies. With that, here are the top three consumer staple stocks to own today:

Kroger is one of the best plays on food an investor will find. This Ohio-based grocery chain, the nation’s largest, operates over 2,600 stores across the U.S.Kroger is also able to manage its margins and resist pricing pressure given it manufactures over 40% of its own private-label goods. This allows it to capture more of the profits on the high-margin private-label products that it retails.

While Kroger’s 1.1% dividend yield might not seem like much, it’s worth noting that the grocery chain has managed to increase its dividend for six straight years now. Back in September, it raised its dividend payment by 12%. At $0.185 a share, the quarterly dividend is just a 20% payout of earnings.

Even more enticing, over the last year Kroger has managed to return nearly $2 billion to shareholders via dividends and buybacks — that’s nearly 6% of its market cap.

Trading at a 19x price-to-earnings ratio (based on next year’s earnings estimates), puts Kroger as one of the cheaper investment options in the grocery space. Plus, its 30% return on equity towers over its peers.

CVS is one of the largest pharmacy benefits managers (PBMs) in the U.S., but it’s also one of the largest pharmacy retailers. Driving CVS’success going forward is the increasing demand for drugs and related pharma products as the U.S. demographic ages (think: baby boomers) and as more individuals have health insurance thanks to health-care reform.

CVS is yet another very shareholder-friendly company, having returned close to $5 billion to shareholders via dividends and buybacks last year. CVS just upped its dividend last month to 35 cents a share, representing a 1.4% dividend yield. The increase marks seven straight years of annual dividend increases.

At this point, CVS is only paying out 30% of its earnings via dividends. It plans to up its earnings payout ratio to 35% by 2018 in an effort to return even more money to shareholders.

Costco operates some 670 warehouses and is the largest warehouse club operator in the United States. Its sells food and other items in bulk, allowing it to sell products at a discount.

Costco has managed to integrate itself into the lives of both low- and upper-income families. Over 75% of its operating profits are generated from steady, recurring, membership fees. It’s already topping its top peer, the Sam’s Club chain owned by Wal-Mart Stores (NYSE: WMT),  by generating over $150 million per warehouse. Sam’s Club pulls in less than $100 million per location.

There are still some growth opportunities for Costco too, including e-commerce. Online sales were up 20% year-over-year during its first fiscal quarter of 2015.

As far as the dividend goes, Costco offers a $0.355 per share quarterly dividend — good enough for a 1% dividend yield, which is also only a 27% payout of earnings. The warehouse retailer has the longest streak of dividend increases of our three stocks, clocking 11 consecutive years of increases. Costco also plans to pay a $5 special dividend; shares trade ex-dividend Feb. 5 for this one-time dividend.

The three dividend-paying consumer staple stocks are poised to continue rewarding shareholders, regardless of the economic backdrop — and even if  consumers choose to keep their energy cost savings stuffed under the mattress.