Cybersecurity is the must-watch industry for 2015, but finding a stock that has a cheap enough valuation to buy is becoming tricky business. 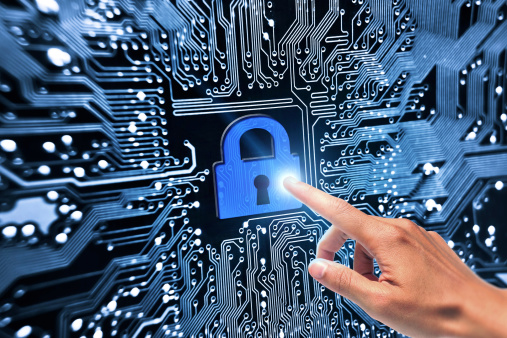 Some of the major players in the cybersecurity industry have been on a tear of late.

This includes the likes of Qualys (NASDAQ: QLYS), FireEye (NASDAQ: FEYE) and CyberArk Software (NASDAQ: CYBR), all of which are already up nearly 30% year-to-date. Compare that to the S&P 500, which is up just 2% over the same period.

The euphoria in cybersecurity stocks comes as the number of hacks and cyberattacks continues to grow exponentially.

Earlier this month the data for some 80 million healthcare enrollees of Anthem was compromised by hackers; Anthem is the second-largest health insurer in the U.S.

Then, shortly after that, Intuit’s (NASDAQ: INTU) TurboTax was shut down because of a number of “suspicious”tax return filings. It appears that hackers were using stolen identity information to claim tax refunds.

And cyberhackers may have stolen $1 billion from 100 banks across the globe over a two-year period, according to news reports in recent days.

And if the hacking of Sony (NYSE: SNE) didn’t put cybersecurity on investors’maps, then the fact that it is taking the national stage should.

Cybersecurity grabbed the national spotlight after President Obama signed an executive order to get companies to share more info with the government about cybersecurity threats and hacks.

So it goes without saying that cybersecurity has gotten a lot of attention, and for good reason. And it will continue be one of the hottest topics of 2015.

The cybersecurity industry is expected to grow from a $95 billion market in 2014 to $155 billion by 2019, according to Markets and Markets, a research company.

However, in an industry that’s filled with companies trading at sky-high multiples (read: rich valuations), and with many of those companies not making any money, investors find it intimidating and tough to uncover worthwhile investments.

Now take a look at Fortinet (NASDAQ: FTNT), which isn’t all that intimidating. Fortinet offers network security solutions for preventing cyberattacks. Investors have also overlooked Fortinet during the recent rally.

Yet the company has a debt-free balance sheet and is much more reasonably priced when compared other cybersecurity plays.

The likes of Splunk (NASDAQ: SPLK), Palo Alto Networks (NASDAQ: PANW), FireEye and CyberArk all trade at price-to-sales (P/S) ratios of 16 or higher. For perspective, Facebook (NASDAQ: FB) trades at a P/S ratio of 17.

Yet Fortinet trades at a P/S ratio of 7, which is a 56% discount to its major peers.

And Fortinet is one of the few cybersecurity players that actually has positive earnings. Those earnings are expected to grow nicely over the next five years, too, driven by the continued adoption of cloud computing by businesses — where protecting data is becoming increasingly important.

And Fortinet’s services and products remain top-notch. Gartner, the technology research firm, continues to put Fortinet ahead of the competition when it comes to unified threat management products.

Cybersecurity concerns and cybersecurity stocks are on fire right now, but not all these stocks are created equal. Many trade at nosebleed valuations. Standing apart is Fortinet, which still appears to be reasonably priced and, it’s actually making money, to boot.