Donald Trump will be inaugurated as the 45th President of the United States tomorrow. 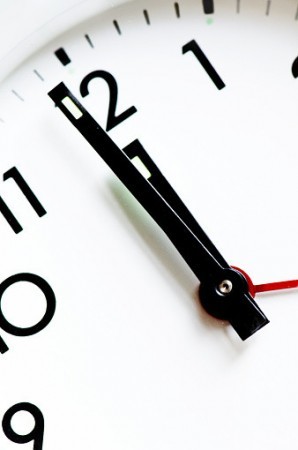 Some thought his surprise election in November (he was as much as a 90% underdog, according to data analysis of polls and betting markets) would cause a stock market crash.

Stock market futures did sell off sharply the evening of the election, but the market quickly rallied back the next day, and has subsequently moved higher.

Now as we approach his inauguration, is there reason to be concerned?

One important measure of trader sentiment — the volatility index — says no.

The CBOE Volatility Index (VIX) measures the implied volatility of S&P 500 Index (SPX) options. It is often called the “Fear Index,” because it shows the demand for buying options among institutions and the public.

When investors are worried, they tend to buy puts as downside protection (and for bearish bets). This causes the prices of options to rise, as supply/demand and expected future volatility are an important part of option pricing.

Volatility Index at the Low End

The simple fact is that the VIX has remained quiet ahead of the inauguration. It is currently at 12.25, which is toward the low end of its historical norms.

To put this into perspective, during the 2008 financial crisis, the VIX reached a historic panic high of 89.53.  During last January’s market sell-off, it reached as high as 32.09.

Since its measurement started in the early 1990s, generally the lowest the VIX ever gets is the 10 to 13 range. So not only are option traders not concerned currently about the inauguration, they are greeting it with a yawn.

Now, some will say that this is potential complacency in the markets ahead of what is likely to be an unpredictable administration   ̶   that the VIX can be a contrarian indicator.

At times this thinking is correct, as big panic spikes in the VIX are often turning points in the market, where negativity has reached an irrational high.

But in general, a low volatility index can remain low for some time   ̶   months, even years. In those cases, investors expecting a quiet market are correct. And those quiet markets tend to be bullish ones.

Bottom line is that the market’s performance since the election and the quiet volatility expectations heading into the inauguration indicate that the relative calm and bullish bias in the markets is likely to continue in the near-term.