In the investment world, markets can refer to the New York Stock Exchange, the NASDAQ and the Chicago Board of Trade, as well as many other venues where investments are bought and sold. But “markets” can also be used in other contexts. Here are a few: 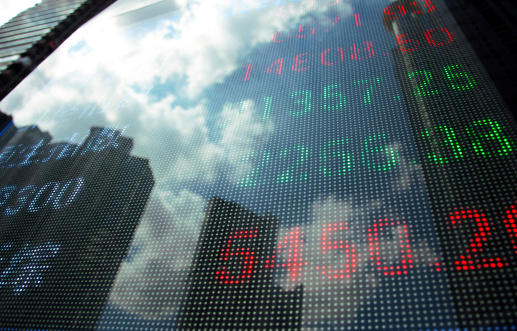 Bear markets are prolonged timeframes of falling prices, generally considered to be a two month or longer period when values fall by 20% or more. Stock bear markets can mean a weakening economy. Bond bear markets can occur during a time of rising interest rates.

An uptrend in prices is a sign of a bull market. Stock bull markets occur during times of economic growth and optimism. Bull markets for bonds occur when high interest rates begin falling.

Bond markets are exchanges where bond trades are executed. The buying and selling of these fixed income instruments by brokers constitute the trading of corporate, U.S. government bonds and well as state and local municipal bonds.

The European markets are comprised of the stock exchanges of the United Kingdom (FTSE 100), Germany (DAX), France (CAC 40) and Switzerland (Swiss Market Index). The Euronext, the second largest stock exchange in Europe (following the London Stock Exchange), combines the exchanges of France, Belgium, the Netherlands and Portugal.

European markets have historically been heavily influenced by the U.S. economy, politics and stock market movements. The European Union now exceeds the U.S. market in size and wealth and may cause some divergence in this pattern in the future.

Real assets such as oil, natural gas, grains, and gold, silver and other precious metals, as well as food products, are collectively known as commodities. Commodity exchanges commonly trade futures contracts: an agreement to buy or sell a specific amount of commodities at a stipulated future date.

Precious metals garner the most retail investor attention in this investment class, as gold dominates much of the commodities market analysis.

Investors look to emerging markets for rapid growth and dramatic upside profits. Though with that potential comes enhanced risk.