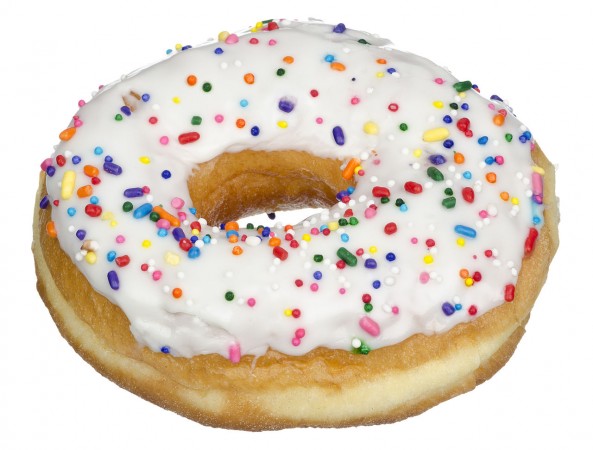 Dunkin’ Brands Group (NASDAQ: DNKN) has had a good share of good news in recent months, including a high-profile partnership with Madison Square Gardens, and progress on aggressive expansion plan to open hundreds of new Dunkin’ Donuts stores in the western U.S. and overseas.

But on Thursday, the company’s momentum was called into question when the latest Dunkin’ Brands earnings report showed Dunkin’ Donuts’ sales declining.

Dunkin’ Brands’ total revenue grew 5.5% in the quarter while net income grew by 1.5%. However sales at the Dunkin’ Donuts businesses were down both domestically and internationally. Baskin-Robbins, the other big franchise owned and operated by Dunkin’ Brands, showed an increase in U.S. same-store sales, while its overseas sales declined.

For the full year, the company reported that while its total sales grew by a robust 8.3% to $810.9 million, its comparable store sales at its U.S. Dunkin’ Donuts stores grew by a much smaller 1.4%. International same-store Dunkin’ Donut sales showed even smaller growth, rising just 0.5%.

While the company has expanded its business at a brisk pace over the past year, expenses associated with expansion cut into net income. The company’s full-year earnings fell 40.3% to $105.2 million.

Dunkin’ Brands is a massive business, with about 11,500 Dunkin’ Donuts and 7,600 Baskin-Robbins restaurants in the U.S. and several international locations. While it’s best known for sugary breakfast treats, its Dunkin’ Donuts stores are actually more like fast-food restaurants, serving coffee, sandwiches and yogurt. Depending on the market and the customer, Dunkin’ faces a broad spectrum of competitors from Starbucks (NASDAQ: SBUX) to McDonald’s (NYSE: MCD).

It has also sought to win investors with a strong dividend. Even as the company reported a mixed bag of results on Thursday, it increased its dividend by 13%.

It is worth noting that the company said the weakness of Dunkin Donuts’ sales reflected a decline in traffic, which was only partly offset by an increase in prices. It appears that Dunkin’ Brands, which competes with everyone from coffee shops to fast food restaurants to convenience stores, lacks a clear strategy on its target customer. This leaves it vulnerable to all sorts of competition and to pricing trends. Enjoy the coffee, but hold the stock.

Imagine owning something so stable…so secure…so reliable…you can just sit back and let it make you rich—no matter what the economy is doing. Sound impossible? It’s not. In fact, this is the exact same strategy Warren Buffett used to make his billions. And it’s working for many other Americans too. Take Grace Groner from Lake Forest, IL. For decades she scrimped by as a humble secretary…but by using this one simple strategy, she amassed a $7 million fortune. Find out how it’s done right here.