You know what I hate? CEOs complaining about their jobs. 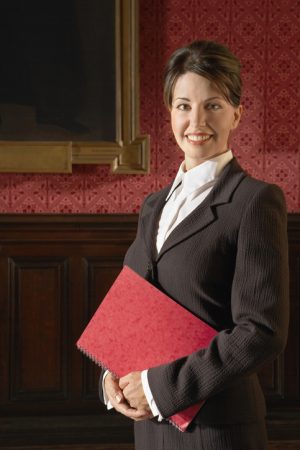 Especially when they make $300k+ in bonuses – based on earnings alone!

If I made as much as them, I’d probably put up with about anything.

Register here to find out how to lock in your own earnings bonus.

CEOs have a love-hate relationship with earnings season.

Having to hit those quarterlies means they can’t always think strategically and engage their creativity to create the most value for their shareholders. Instead, they’re locked into thinking about the next three months.

Why? Their compensation depends on it.

It’s not hard to see the logic there, and how it might encourage the c-suite to forego long-term growth opportunities for short-term earnings bumps.

That said, I’ve never heard of a CEO turning down a performance bonus for hitting their quarterlies.

A 2002 study from the University of Michigan found that the average CEO earns $344,000 a year for hitting their quarterly earnings targets. That represented 21% of their total compensation and 41% of their bonus pay in 2002.

Given that the study’s more than 15 years old, I’d bet the numbers are a lot higher now.

What if I told you that you could earn your own earnings season bonus?

The trades are typically held overnight – in this case, it was on for about 22 hours. And it generated a 20.5% return.

If you’d invested $5,000, you’d have made $1,025 in less than a day on the earnings report. That’s more than you’d have earned holding Microsoft for the week – even after it announced it’d won a $10 billion to build a cloud computing network for the Pentagon a day after its earnings announcement.

That’s a CEO-level return right there.

No, not quite as much as the CEOs of Fortune 500 companies make – more like a Russell 2000 company nobody’s ever heard of.

But at a potential $1,000+ a day over the course of earnings season, I don’t care if anyone’s ever heard of me or not.

Honestly, I’d prefer to make that kind of money with no one having ever heard of me. Imagine the money you could give to charity or political causes or family. Everybody would be knocking down your door, but I prefer to pick and choose my causes.

I won’t kid you, EST doesn’t win every time. But with a 78%+ success rate, you can accumulate wealth rapidly.

The best part? All you’re committing is some capital and a few minutes a day during earnings season.

Timewise, that amounts to less than a day over the course of a year – to potentially earn $196,898.

You just have to sign up here to find out how to earn your own earnings season  bonuses.

You won’t regret it.