The U.S. Federal Reserve concluded its latest two-day policy meeting on Wednesday, and while the central bank left the federal funds rate near zero, it firmly put investors on notice. Investors have been waiting for any sign that the Federal Reserve would finally lift interest rates for the first time in a decade. 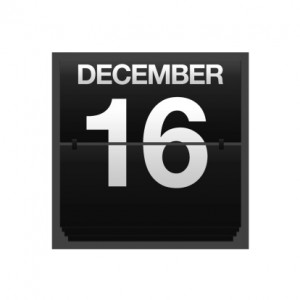 The Federal Reserve kept interest rates where they are for now, but in a rare move, included fairly strong language that a December hike is highly possible, if not probable.

An increasing number of economists and analysts are clamoring for the Federal Reserve to raise short-term rates. The fed funds rate – which is the benchmark rate set by the Federal Reserve which gauges what banks charge each other for short-term lending – has been stuck at the range of 0% to 0.25% for several years.

Since the financial crisis in 2008, the Federal Reserve gradually reduced the fed funds rate to zero through a series of rate cuts. But since the economy was brought out of recession and is in recovery, many of the Federal Reserve’s necessary targets justifying a rate hike have been met.

For example, the Federal Reserve previously stated it would not raise rates unless the economy had neared maximum employment. But with the unemployment rate falling to near 5% in the United States, the labor market has recovered significantly enough to warrant a rate hike.

This has caused many economists to urge the Federal Reserve to raise rates once and for all. Critics of the continued low-rate strategy contend that keeping rates at zero actually does more harm than good. The rationale is that there are millions of savers in the United States who are receiving almost nothing in interest on their savings.

If and when the Federal Reserve raises rates, it would put more money in the pockets of those with savings. That income could then be circulated through the economy, which would boost economic activity.

Still, the Federal Reserve’s other target, a 2% inflation rate, has not yet been met. Inflation has remained muted in the United States, due primarily to monetary easing in Europe, Japan and China, which has caused the U.S. dollar to rally significantly over the past year. This has resulted in falling commodity prices and consumer prices.

Those who advocate for a low-rate policy argue that raising rates too soon threatens to spur a deflationary environment, which is often a precursor to economic recession.

In a rare display, the Federal Reserve specifically mentioned it could raise rates after its next policy meeting on Dec. 15-16. Chairwoman Janet Yellen had also previously stated her desire to raise rates in 2015, which leaves December as the last opportunity to do so.

If the Federal Reserve waits too long to raise rates, it could risk leaving the U.S. economy vulnerable to excess inflation. While inflation is not a threat now, conditions can change rapidly. Wages are beginning to increase at a steady rate, which is a key indicator that inflation could be heating up.

After the Federal Reserve meeting, the market quickly priced in the higher likelihood of a December rate hike. The 10-year U.S. Treasury bond prices fell, which caused the yield to rise from 2.0% to 2.16% by midday Thursday, representing a one-month high.

Among equities, utilities have been among the worst-performers in the S&P 500 for the week, which should come as no surprise. It is likely that interest-rate-sensitive stocks like utilities and REITs could underperform going forward, if the Federal Reserve finally raises rates.