One of the biggest IPOs in history debuted this week (click here before you miss the next one). 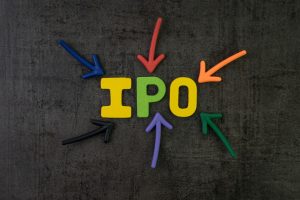 It was also one of the biggest back-room tricks pulled off by Wall Street fat cats.

In case you missed the hoopla on CNBC, let me recap the details. Snowflake (SNOW) the unicorn, cloud-based data company had the biggest IPO of the year on Wednesday.

Go here to get in on IPO profits via the Pre-IPO secret.

By the closing bell, SNOW shares jumped 112% higher. From an IPO price of $120, the shares closed the same day at $253.93. For investors lucky enough to get IPO shares it’s a lucrative daily double.

But for the company itself, SNOW left $3.8 billion worth of potential capital on the table.

That’s the difference between the $4 billion value Wall Street dealmakers put on the stock and the $7.8 billion value public investors awarded SNOW.

That’s a big difference. And it’s a huge opportunity cost for the management, employees and investors in SNOW.

This highlights one of the persistent problems with Wall Street’s traditional IPO process.

Too many of the IPO profits go into the pockets of Wall Street insiders. It’s money that could be invested to grow Snowflake’s business instead.

Go here to grab shares of the next Pre-IPO for 839% profits.

And SNOW isn’t the only victim, either. This week alone two other high-profile IPOs were also priced too low. That left even more money on the table.

Telemedicine startup Amwell began its IPO at $18 per share. Amwell stock closed at $23.07 its first day of trading, up 28%.

That left a staggering $1.1 billion on the table, and in the pockets of Wall Street insiders.

And software startup Sumo Logic also came public this week at $22 a share. By the end of its first day, the stock’s price hit $28.88.

That cost Sumo $679 million in capital the company missed out on.

The truth is these spoils go only to a select few. The gains go right into the pockets of well-connected Wall Street fat cats.

That’s because most retail investors like you and me never have a chance at getting shares of the hottest IPOs.

But you can put your money to work in more lucrative pre-IPOs.

The potential profits from pre-IPOs could be four times more than the huge gains earned from Snowflake, AmWell and Sumo Logic.

In fact, one pre-IPO I have my eye on could deliver a 839% profit within the next 90 days. Go here ASAP for urgent details (and claim your shares).