How do I choose my strike prices? 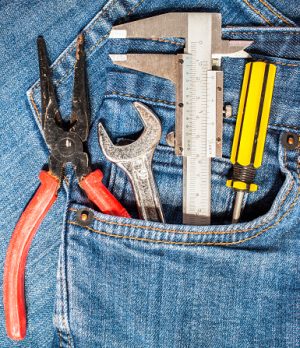 It is a question I receive almost weekly.

And it’s a fairly straightforward process once you understand the necessary steps. You can use this short step-by-step guide to help you make more informed decisions in the future.

Years ago, I never thought it made sense to trade earnings. It was a mostly a foreign concept; due to numerous limitations, trading earnings announcements just didn’t make sense from an efficiency standpoint.

Add 52 weekly expiration cycles and a variety of highly liquid products and the clarity of a once unknown calculation . . . and we now have the opportunity to trade earnings news in an efficient and informed manner.

So, what is expected move?

It’s the price movement the market expects during a given expiration cycle. It’s the key to successfully trading earnings announcements. Fortunately, now we have tools that allow us to see, in real-time, the expected move for any given underlying stock around an earnings announcement.

Let’s look at an example of a trade I placed last week in Disney (NYSE: DIS).

The image below shows the February 19th options chain for Disney. The brown-colored vertical bar in the middle of the image displays the expected move. 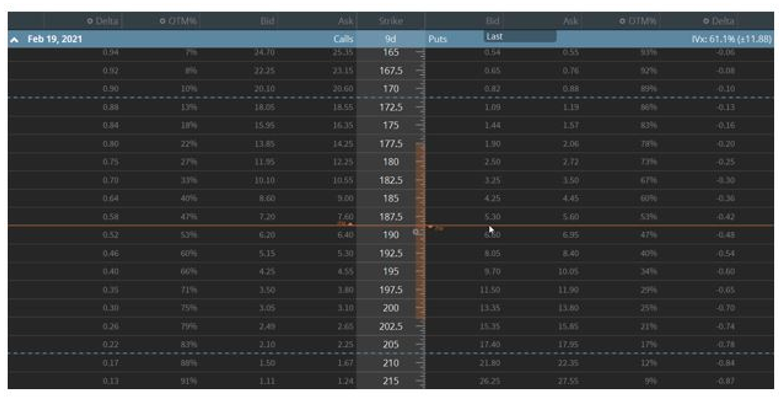 On Thursday, I placed a trade around Disney’s earnings. So as long as DIS shares traded within the range shown in the image above, immediately following the company’s earnings announcement, a profitable trade should occur.

If we take a closer look, the probability of DIS staying in that expected move at expiration is roughly 78% on the downside and roughly 79% on the upside.

But I chose strikes well outside of the expected range.

I chose the 210 and the 170 strikes which increased the probabilities on the trade to 89% on the downside and 88% on the upside.

Fortunately, I was able to sell an iron condor spread for $0.60 prior to DIS earnings and bought it back the next day for $0.20. Not a bad profit on a one-day trade.

Knowing the expected move prior to placing a trade allows options traders to understand how much risk they are taking on each and every trade they place. It allows you to see what the market, in real-time, expects the underlying stock or ETF to move over a specific period of time.

All options traders should be using this tool to help make their trade decisions.

And best of all, the expected move can be used on longer duration trades as well . . . its power isn’t limited to short-duration trades like earnings season trades . . . which leads me to my trade of the week.

Trade of the Week

Last week I spoke about the incredible speculation that is going on among smaller investors. Well, it hasn’t stopped. And cracks are starting to show. Every extreme that is being hit goes back to March 1999 . . . which doesn’t bode well over the medium term.

Now I’m not saying a crash is going to occur, but what I am saying is that markets don’t go infinitely higher.

When I see people piling into penny stocks at alarming rates, buying call options at a record pace, among many other speculative extremes, well, I pare back my expectations going forward and start to get a bit more defensive.

The following trade is a bearish leaning trade.

This is a five-point spread, so make sure you understand how this will impact your overall position-size.

The following are the DIA options with 35 days left until expiration.

The goal of selling the DIA bear call (credit) spread is to have the underlying ETF, in this case DIA, stay below the 325 strike through March expiration in 35 days.

Here are the parameters for this trade:

As always, options traders, please make sure you understand the risks associated with each and every trade you place.