China has a serious problem.

The World Bank says it kills 760,000 people every year. And the Health Effects Institute pegs the number much higher, at 1.6 million people.

Go here for the full story.

So, what is this deadly killer?

Now, it’s been 10 years since my last visit to China.

Even then, the pollution was horrible. And apparently, it’s just gotten worse in the last decade.

Take a look at these three photos. This shows a 20-minute time lapse, taken from a hotel in Beijing.

The day starts out with just a few low clouds . . . 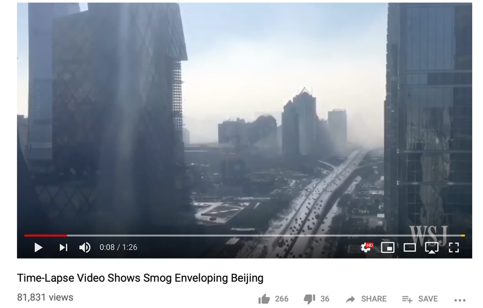 But that’s just the start.

Because 10 minutes later, the entire building is engulfed in smog. 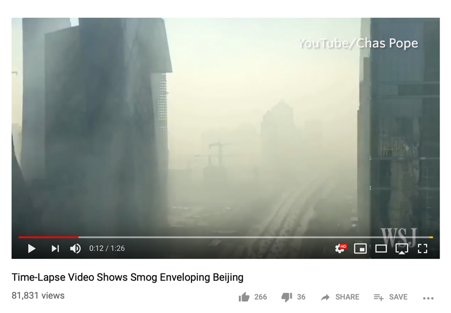 Within 20 minutes, visibility is less than 1 mile. 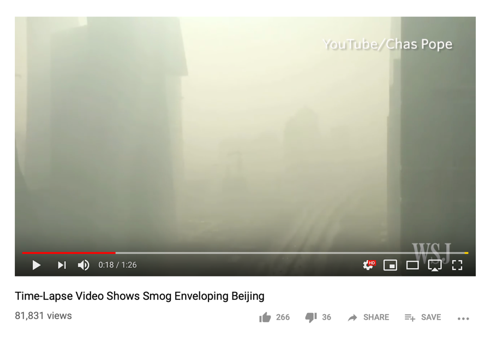 In fact, it’s so bad that they have a name for all this air pollution  . . . “Smog Season.

What’s causing all this air pollution?

Well, coal is a primary cause of smog in China.

That’s why the government is rushing to embrace new technologies to generate energy . . .  including wind and solar.

Plus, the Chinese are focusing on another massive source of energy that can dramatically reduce emissions.

With plans for 79 new power plants using this technology, the Chinese will be buying up this little-known commodity.

In fact, the country’s growing demand could send prices surging in the next 18 months.

That’s why I’m expecting this commodity could surge 393%, just like it did in the last bull market. 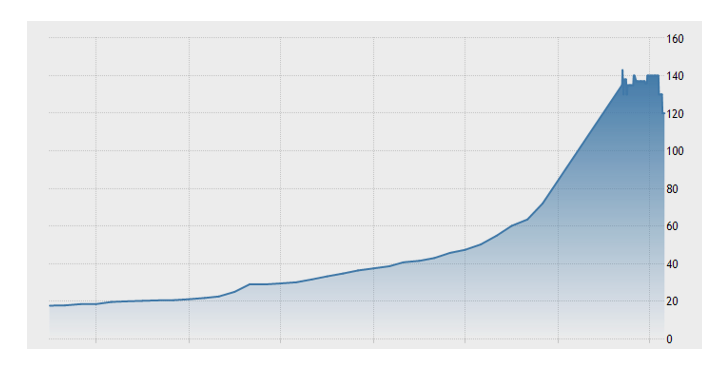 My research shows that the price has already jumped 40% since last summer. And that move may be just the start.

A new bull market is just getting started . . .  and I’m 99% certain that you are missing out.

My LIVE briefing reveals everything you need to know.