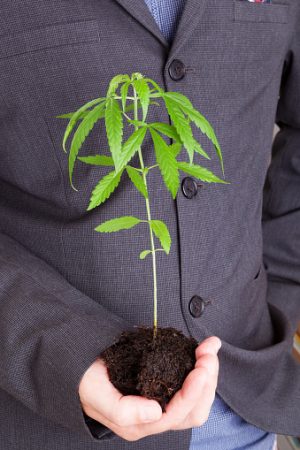 That’s the price tag for MedReleaf.

Aurora Cannabis is already a major player. The company has built and funded the ability to produce 430,000 kg of cannabis per year.

The MedReleaf deal expands that footprint with an additional 140,000 kg of production capacity.

And the combined company will be able to produce 570,000 kg of cannabis every year.

The combined company will employ over 1,200 employees in Alberta and Ontario.

With a market capitalization of $4.9 billion, Aurora is the second most valuable cannabis stock. Canopy Growth (NYSE: CGC) is #1 – with a market value of $5.7 billion.

In January, Aurora bought CanniMed Therapeutics in a deal valued at $1.1 billion.

At a recent conference in Toronto, Booth said the company will ink more smaller acquisition deals, part of the pot stock buyout boom.

The onset of recreational cannabis sales in Canada will be huge for Aurora.

In the latest quarter, the company’s sales totaled C$16.1 million. That was a 211% increase over the year-earlier quarter.

Yet Aurora’s quarterly sales could quickly surge above C$500 million.

That type of unprecedented growth could spark a huge runup in the stock price.

Plus, these tiny stocks could quickly be acquired by Canopy Growth and Aurora Cannabis as part of the pot stock buyout boom.