Yes, it is still possible to make money on tech IPOs … but it isn’t easy. Consider some of the highest-profile tech IPOs of the past couple of years. 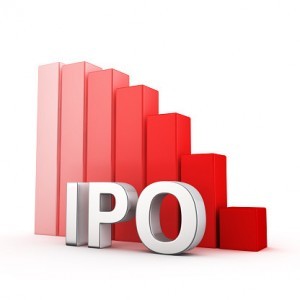 Shares of Etsy (NASDAQ: ETSY), the retail platform that lets artists and artisans sell their knit hats, handmade jewelry and assorted wares, have fallen about 70% since going public last year. Fitbit (NYSE: FIT), the wearable technology maker that lets you count steps and monitor a variety of health and fitness metrics, is down more than 50%  since its 2015 IPO.

Perhaps more significantly, shares First Data (NYSE: FDC), which makes cloud-based payment processing technology and is an established company that processes about $1 trillion in debt card transactions a year, have also foundered since going public. Shares of First Data are down more than 30% since the company’s IPO about six months ago.

Before getting too far down this path of listing unsuccessful IPOs, I’ll highlight a couple that have succeeded. Shopify  (NYSE: SHOP), which makes a cloud-based commerce platform for mid-sized retailers, is up more than 60%  since debuting on the New York Stock Exchange last year. And shares of GoDaddy (NYSE: GDDY), which provides Internet domain name registration and a variety of services for entrepreneurs and small businesses to operate online, are up almost 50% since its 2015 IPO.

But make no mistake: The list of disappointing IPOs (at least judging on the basis of stock performance) is a lot longer than the list of recent tech IPOs that have made investors rich. This is a point that bears emphasis. Even though it has been almost an entire generation since the dot-com boom focused intense investor interest on tech IPOs, there is still a certain amount of fascination and anticipation around tech IPOs.

But what we’re seeing today underscores that newly minted tech stocks will not necessarily perform any better than the market at large … and they might do a considerably worse.

What’s potentially more interesting about the performance of different IPOs in the admittedly loosely defined “tech sector,” is that there doesn’t seem to be any easy rule for predicting success. There was a time when anything having to do with the young consumer Internet – or anything with a dot-com on its name – was considered hot.

That dot-com heyday was followed by a much longer shift to the more boring sector of technology, the networking and enterprise software companies that really made things work. But as I noted above, e-commerce shopping platform Shopify is soaring, while First Data, which operates in the hot cloud space, has been a pretty big disappointment.

A Question of Profits

Likewise, tech IPO success cannot be pinned on profitability. While profits are usually preferable to losses, some stocks like GoDaddy remain popular with investors in spite of their losses. GoDaddy, with a market cap of almost $5 billion, lost more than $18 million in the first quarter. Yes, it has narrowed its losses significantly but it’s not exactly close to turning a profit, either. This tolerance for losses is also a bit counterintuitive in a market where investors are said to be seeking value.

What to make of all this? In short, the tech industry is maturing. It is getting harder and harder to judge a stock on the merits of the sector in which it operates. That means that it’s more important than ever for investors to do their homework and identify not only promising sectors but individual businesses that are leading in the sector.

But as I noted above when talking about profitability, there’s also a twist. In the way that some tech stocks can lure investors without showing profits, the tech sector remains a little different, even as it matures. When it comes to technology, there’s still a willingness to take a gamble on the future, although the number of stocks investors seem willing to bet on is shrinking all the time.

So if you’re interested in tech stocks and tech IPOs in particular, do your homework. Understand that there is still a lot of innovation in this sector and that some young companies will win big. But also understand that in a maturing industry, these breakout successes will become more rare.