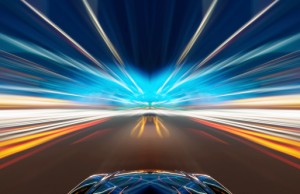 From February 2009 to September 2012, Apple (Nasdaq: AAPL) shares had one of the most incredible run-ups Wall Street has ever seen.

The stock rose 662%, vaulting from $90 a share to more than $700 and becoming the most valuable company in the world in the process. It was no coincidence. Those three and a half years were perhaps the company’s greatest stretch of innovation.

In 2009, the second iPhone was released. In 2010, the first iPad was introduced. In 2011, Apple unveiled the iPhone 4S – equipped with an interactive voice called “Siri” that enabled users to browse the Internet and text friends without pressing a button.

Today, the iPhone and the iPad have become commonplace, and imitations have sprung up everywhere. At the time, however, the iPhone and iPad were new and hip – and accelerated the revolutionary trend towards mobile devices.

Wall Street loves that type of innovation. Investors crave owning a slice of the new and the hip. They want to get in early on the company that’s on the cusp of inventing the next big thing.

That’s why Tesla (Nasdaq: TSLA) has thrived in the past year.

So, Is Tesla the Next Apple?

Tesla shares have shot up an astounding 552% since last February, when my colleague Ian Wyatt added the stock to our $100k Portfolio. The catalyst was the company’s new Model S, the first-ever luxury electric car with the charging capacity to be driven up to 300 miles at a time. With the Model S, Tesla founder Elon Musk had essentially developed the first electric car with the horsepower to match even the most powerful combustion engine of any gas-guzzling vehicle.

Since the Model S debuted a little over a year ago, Tesla’s sales have soared. The company’s 2013 sales quintupled its 2012 haul. Expansion into Europe and China should only help sales. And Tesla is inching closer and closer each quarter towards profitability.

Yes, for all the hoopla surrounding Tesla, the company is still not profitable. And yet the stock is showing no signs of slowing down. That shows just how much growth and innovation move the needle on Wall Street. A company that has never turned a profit has risen more than 600% in a year based almost entirely on its cool, cutting-edge image.

Now the pressure is on Tesla to come up with something.

As we’ve seen with Apple of late, even the most innovative products eventually grow stale. There was a time when Apple’s top-secret product announcements delivered an automatic 10% to 13% boost to its share price in the weeks that followed. No longer.

It’s been a while since Apple introduced something truly new. The latest versions of the iPad (this one’s miniature!) or iPhone (this one weighs less!) inspire little more than a collective yawn on Wall Street these days. Even though the company is still piling up profits hand over foot, Apple shares aren’t likely to get on a roll again until the company starts innovating again.

So it will be with Tesla.

Eventually, even the Model S will grow stale. Tesla will need to prove it’s not just a one-hit wonder to remain at the forefront of investors’ minds in the coming years.

Fortunately, the company seems to have plenty of new ideas in the hopper. Plans to launch the first-ever electric SUV are in the works. And the company hopes to launch a more affordable alternative to the luxury Model S within the next three years.

As long as Tesla continues to innovate, it will remain relevant. Right now, it’s red-hot. Tesla projects an image of being forward-thinking and hip.

And on Wall Street, image is everything.