“Man not bitten by dog.”

That might as well have been the headline about Federal Reserve Chairman Ben Bernanke’s decision to not initiate the taper.

Since last year, the Fed has been buying $85 billion of U.S. bonds every month, in an effort to keep interest rates low. This is uncharted territory for the Fed.

You’ll recall that in May, the mere mention of the Fed’s plans to taper sent yields soaring. The yield on the 10-year Treasury soared 75% in the last four months up to 3% from around 2%.

Mr. Market seemed to expect something differently. But you should think about what this price action means:

A political official takes the stage in a big fancy press conference, says basically nothing, and the market gyrates wildly in reaction. It was widely anticipated that the Fed would “taper” its bond-buying program this month. In fact, for the past few months Bernanke and other Fed officials have been trying to prepare the markets for a reduction in the bond-buying program.

But last week, the Fed decided to continue adding U.S. government bonds to its balance sheet.  So why did Bernanke change his tune? 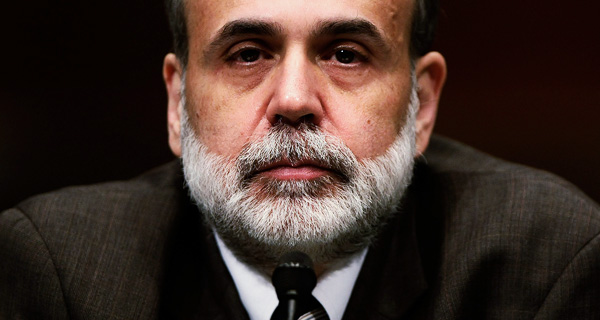 I can’t read Ben’s thoughts, but the official story goes something like: The Fed wants to suppress interest rates a bit longer to help strengthen the recovery. The fact is that unemployment is stubbornly high, and economic growth is slower than expected.  This is concerning since there is a currently a raucous battle over the Federal budget and the debt ceiling in early October.

From my perspective, the story hasn’t changed. In fact, I predicted this exact Fed response back in June.  Back then I wrote:

“If the economic recovery is too slow, the Fed will be right there, buying bonds to keep interest rates as low as possible. This makes money cheap to borrow, and stimulates economic activity.

They won’t start increasing interest rates until the economy begins dramatically improving.  When rates rise, it will only be because the Fed sees an improving U.S. economy. The best thing for the stock market is a robust economy with healthy GDP growth, low unemployment, increasing wages, and rising home prices.”

Every investor should be thanking Ben Bernanke for the stock market boom that’s lasted over the last four years.  After all, it’s the Fed’s easy money policy that encouraged investors to take risks and buy stocks. And that’s sent the S&P 500 up 147% from the 2009 lows.

Today, Bernanke is telling the markets that he’ll be right there, continuing to support the stock market. I don’t know if that’s a good idea or a bad idea, but it’s great for the stock market – and I firmly believe Bernanke, and whoever takes his place when he steps down this January, will keep the gravy train running.

The upside is still significant. Don’t miss it.