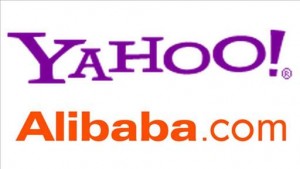 Is there a happy ending in store for Yahoo (NASDAQ: YHOO), the dot-com darling turned dot-com has-been that’s been trying to redefine itself for more than a decade?

That depends. As the company reportedly negotiates the sale of its core assets, there’s a real possibility that its extensive internet real estate will generate real value for a new owner or maybe even be improved to offer value for consumers. But it’s less likely that Yahoo stock will gain any significant value.

After countless restructurings, management shakeups, asset spinoffs and asset purchases aimed at unlocking value in this iconic company, Yahoo leadership now appears close to throwing in the towel and effectively breaking up the business. Multiple reports last week had the Silicon Valley company in talks to sell its core Internet assets to Verizon Communications (NYSE: VZ) or AT&T (NYSE: T). But here’s the kicker: The rumored purchase price for these assets was in the range to $3 billion to $5 billion – and in the consumer Internet business, that’s the equivalent of pocket change.

In fact, it’s hard to express just how much of a fire sale such a purchase price would be. If the reported price tag is true, it would really underscore how the company that once ran in the same crowd with Google-turned-Alphabet (NASDAQ: GOOGL) whose market cap today is $393 billion, is a shadow of its former self. In the coming days as details about a potential sale materialize, we just can’t count on Yahoo stock rallying.

There are a couple of key reasons why it will be difficult to move the Yahoo stock price on a Yahoo sale. Most important, the $3 billion to $5 billion sale price covers the company’s core assets, but not all of the company. Yahoo still owns a significant stake in the Chinese e-commerce giant Alibaba Group Holding (NYSE: BABA), which today is the source of most of the value in Yahoo stock. With the Yahoo stock price of $36.83 a share at present, Yahoo has a market cap of almost $35 billion – quite a bit higher than the reported sale price for its so-called core assets. From a practical standpoint, this means that the value of the assets being sold have little connection to the company’s total value – or to the value of Yahoo stock.

In fact, with the stated purpose of the planned asset sale to unlock the company’s value, it’s clear that Yahoo sees more value in Alibaba than in its internet properties. In addition to selling internet assets, Yahoo is also selling patents and possibly even physical real estate as well. So keep in mind that investors in Yahoo stock are effectively investing in a Chinese internet retail business. And while Alibaba is a successful business, it is hard to say exactly what Yahoo’s stake in the business should be worth.

And that brings me to the final reason to doubt that Yahoo stock will rally on any sale. The deal structure is particularly confusing. It is being called a “reverse spinoff” in which the core, rather than the non-core assets are being sold. That leaves plenty of questions not only about the future of the business but about the logistics of pulling off such a transaction. When the plan was announced late last year, the financial news network CNBC spent an uncharacteristic 15 minutes interviewing Yahoo leadership about the specifics.

Since Marissa Mayer was brought in to head the company in 2012 in the latest in a series of management shakeups, Yahoo has had some ups and downs, but Yahoo stock price today is well below its recent 2014 peak of almost $52 per share. The Yahoo stock price is well below its late 1999 peak of more than $108. While Mayer has led a reorganization that has added value in some areas such as mobile advertising, the company as a whole continues to struggle. In its recent first quarter, Yahoo reported a large loss and a decline in GAAP revenue, with search revenue, paid clicks and price per ad all declining.

Those are interesting details about the decline of this once-great company, but will ultimately have little or no bearing on the Yahoo stock price if the company goes through with its planned reverse spinoff. It will be quite a show … but a show that is best watched from the sidelines.

More Monthly Income NOW!
You pay your bills every month on time. But are you receiving regular checks for growing income every month, too? If not, it’s about time. Beat the rising cost of living with a collection of fat, growing dividend checks arriving in your mailbox every month. It’s easy, and it only takes a few minutes. Click here to get started.