Something strange has happened over the past 3-5 years.

Maybe it started on September 11 – but I know for sure that this strange occurrence accelerated in 2008, and is now at full speed.

I'm talking about the strange fact that we are currently in the throes of one of the worst – if not the worst – financial crises in the history of the world, and yet, the kind of alarm and concern you might expect is completely absent.

And it's not just an American crisis. You don't have to roam too far or dig too deeply to hear about the deadly serious financial crisis in the Euro-zone.

You don't have to look too much further before you encounter serious (and still largely looming) crisis in China.

And to quickly recap – none of the serious issues that most people associate with the 2008-2009 era have been fixed. At all.

Unemployment? It's just as high if not higher if you count the real number of non-employed adults.

Housing is still in the toilet.

The Federal Debt is growing faster than ever. 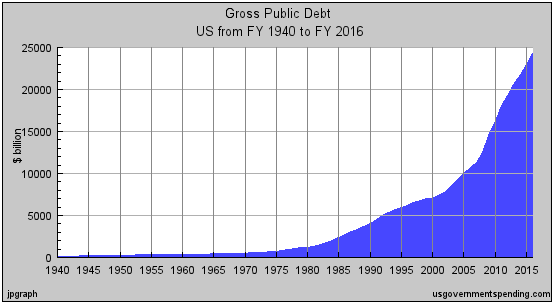 We keep hearing from the financial pundits that stocks are cheap. I think we all know why they're relatively cheap: because corporations have been able to weather this financial storm better than the rest of us by leaning heavily on Washington DC to backstop every major sector of the economy!

And I'm not just talking about the TARP bailouts, AIG parts one through four, the many Freddie Mac and Fannie Mae bailouts, Auto industry bailouts, the many, many American bank bailouts – I'm also talking about the tacit support that the U.S. Treasury and Federal Reserve have given to insolvent European banks.

All of these ridiculously expensive bailouts have the effect of lowering our sensitivity to crisis. Like a diabetic with insulin resistance: every dose of money raises our tolerance to the psychologically effects of deficits and crisis.

"Monetary policy can do a lot but it's not a panacea. It can't solve all of the problems."

What problems can it solve?

As I said, the world's biggest corporations and banking interests have had their problems solved. They've been backstopped completely. No bank failures.

Of course that's bad news for the dollar, the euro and every other major currency that's now sewn at the hip with these banks.

Additionally, no one seems to care. All of that fear and uncertainty about the dollar we saw that spiked gold briefly above $1,900 an ounce has been replaced with quiet complacency. The world hasn't ended yet – and that seems to be evidence enough that all is well.

And of course I don't believe it will end either, but it doesn't have to end in order for commodities to continue to soar.

Don't be tricked into thinking all is well. This current reprieve in the precious metals market is just that: a short period of consolidation.

Don't be fooled into complacency now. The world is not going to end, but I think we'll see significant headwinds to real long term growth and progress for the foreseeable future.

Your sensitivity to crisis is probably worn dull at this point, but don't let your emotions be your barometer. Keep looking at the numbers.