Stocks have been on a tear of late. The S&P 500 is up 5.2% in 2012 and a jaw-dropping 16% since November 25. Few expect the rally to last much longer – given all the bad news out of Europe and the slow economic growth here in the U.S., a pullback seems inevitable. But even if there is a pullback, it likely won't last long. At least that's what history tells us. 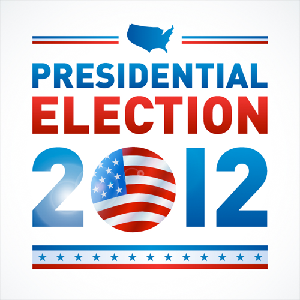 The last seven months of an election year are especially bullish. In the 15 election years since 1952, S&P stocks have gained an average of 4.3% in the last seven months of the year.  Of those 15 years, stocks rose 13 times. The exceptions? 2000, when the outcome of the Bush vs. Gore election was delayed for 36 highly volatile days; and 2008, when the market cratered in the midst of the worst recession since the Great Depression.

So assuming we don't have another cataclysmic event in 2012 – and admittedly, that might not be the safest assumption the way the last 12 years have been going – this year's biggest gains are yet to come. Stocks usually make their biggest upward moves in the second half of the year as the election draws closer and the presidential candidates ramp up the rhetoric about either how great things already are with them running the show (incumbents) or how much better things could be if you vote for them (challengers).

And that gets to heart of why stocks rise in election years. Spin is a major part of any presidential campaign. Incumbents will stop at nothing to boost their re-election prospects. For evidence, look no further than President Obama's recent proposals to extend payroll tax cuts and reduce the deficit by $4 trillion over the next 10 years. Those measures are par for the course by an incumbent in an election year. They also are examples of election-year actions that drive stocks up.

Meanwhile, presidential challengers repeatedly spout off promises of what they will do to improve the economy if elected. And as the election draws closer, the volume and frequency of those promises gets turned up.

Optimism runs rampant in election years on both sides of the political fence. Since most investors are also voters, it's no surprise that the optimism trickles into the market even when there isn't a glossy new unemployment report or promising round of earnings.

We won't know whether incumbent President Obama will retain office until November, of course. So how stocks perform from January through May this year won't have any meaning until we elect (or re-elect) a president.  With stocks performing well so far this year, perhaps the market is trying to tell us something?

One comforting statistic is that stocks have fallen more than 5% in only six election years since 1896. Granted, 2000 and 2008 were two of those years. But prior to that, stocks hadn't fallen precipitously since 1960.

So what does all this election-year hocus pocus mean, really? Unlike the Super Bowl Stock Market Predictor, it's more than just a fun coincidence. There's actually a tangible correlation between presidential elections and the stock market.

However, that doesn't automatically mean investors should be snatching up stocks by the bundle this year.  Just because U.S. stocks have historically risen nearly 6% in election years doesn't necessarily mean it's going to happen this year. After all, stocks have fallen more than 5% in two of the last three election years. Could this be the new trend? We'll find out.

For now, it's at least comforting for investors to know that history is on their side in 2012. In such uncertain times, history is one of the few true indicators we have.