Like a middle school high jumper, companies are getting plenty of credit this earnings season for clearing very low bars. 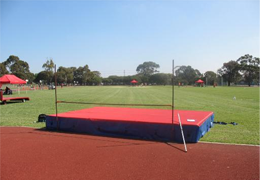 Through January, companies that comprise the S&P 500 had seen their collective December-quarter earnings grow just 2.7% from the same quarter a year ago – a far cry from the 33% year-over-year growth we saw in the final three months of 2010. And yet, stocks have been rising daily.

Fresh off a year in which the global economy experienced limited growth, analysts’ earnings expectations for the final quarter of 2011 were effectively muted. In many cases, the bar was set so low that even an average effort would have cleared it.

Of course, many of those earnings beats had a lot to do with the fact that expectations were so low across a number of sectors. Little was expected in particular of the big banks, which have struggled to right the ship since the recession. Morgan Stanley (NYSE: MS), Goldman Sachs (NYSE: GS), Bank of America (NYSE: BAC) and Wells Fargo (NYSE: WFC) all beat analyst forecasts, though only the latter two actually turned a profit.

As a whole, the six largest U.S. banks – including JPMorgan Chase (NYSE: JPM) and Citigroup (NYSE: C), both of which missed earnings expectations – have seen their stocks rise an average of more than 15% since January 17. Because financials help drive the market, the big banks’ better-than-expected fourth-quarter earnings have played a large role in the S&P’s 4% gains over that time period.

Financials aren’t the only sector that has received a healthy boost from earnings season. Tech companies have also managed to beat analyst forecasts, highlighted by Apple’s (Nasdaq: AAPL) epic December quarter. Record sales of the company’s new iPhone 4S propelled Apple to $13.87 in net income, blowing away estimates of $10.08 per share.

Apple’s $13.1 billion in earnings was the second most profitable quarter by any company in history. That was just one of many impressive numbers Apple posted in its monster October-to-December quarter.  The stock has since risen more than 12% to an all-time high of $476 per share.

While no one could match Apple’s earnings, other tech companies posted strong results for the December quarter. IBM (NYSE: IBM), Intel (Nasdaq: INTC), eBay (Nasdaq: EBAY) and Texas Instruments (Nasdaq: TXN) were some of the larger tech companies that beat Wall Street forecasts.

Some tech stocks, however, missed the mark. Notably, Google (Nasdaq: GOOG) and Amazon.com (Nasdaq: AMZN) both fell short of expectations.  In fact, Amazon earned less than half of what it posted during the same quarter a year ago despite the November launch of its new Kindle Fire electronic tablet.

Overall, tech companies have performed better than any other sector this earnings season, with an average year-over-year, share-weighted earnings growth of 19%.

Industrials aren’t far behind, with a growth rate of nearly 17% through January. The energy sector takes the bronze medal so far, with 6% earnings growth. Health care is the only other sector showing positive earnings growth thus far.

Financials have been the biggest dogs, with more than a 21% drop-off from last year. Considering most financials beat earnings estimates, that paints a clear picture of just how low expectations for the sector were.

If it weren’t for the financials dragging things down, earnings growth would be tracking at 8% from a year ago.

The 8% growth minus financials is still less than one-quarter of the year-to-year growth we saw during the December quarter in 2010. But stocks have risen at a faster rate than they did during the same period a year ago.

Chalk it up to lowered expectations. Weak though earnings may be this season compared to a year ago, three out of every five companies have managed to beat earnings. That, coupled with some improving economic numbers such as the falling unemployment rate, has been enough to convince U.S. investors to tune out all the bad news in Europe and drive stock prices steadily upward for more than a month.

Investors have been happy to pat these companies on the back for clearing a very low bar. The question is: Can those companies keep clearing the bar once it’s been raised?