After several months of rumors, major oil-producing body OPEC finally announced a deal among its member nations to cut production by 1.2 million barrels per day. 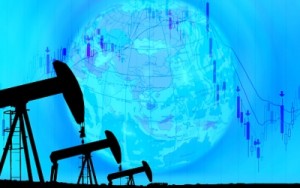 In addition, 11 non-OPEC countries also agreed to cut their production, by 558,000 barrels per day.

On the heels of the recent announcement, oil prices are on the move. West Texas Intermediate crude oil futures are up nearly 20% since Nov. 30.

The rally comes as OPEC agreed to cut production for the first time in eight years. With oil prices in rally mode, the following three oil dividend stocks could be attractive buys for income investors.

The biggest beneficiary could be the biggest oil company of them all—Exxon Mobil. Exxon is truly a behemoth in the oil and gas industry. It is the largest publicly-traded company in the world, with a nearly $400 billion market cap.

Exxon has proven to be one of the most resilient oil and gas companies during the crash. It has displayed surprising agility for its massive size. The company has significantly reduced costs, and as a result remains strongly profitable, even at $50 oil.

In 2015, Exxon still earned $16 billion in profit, thanks largely to a $7 billion reduction in capital spending.

Exxon has remained profitable this year as well. It earned $6.1 billion in profit over the first three quarters of 2016. However, earnings dropped 54% in that time, compared with the same period in 2015. Obviously, Exxon could use a boost—and higher oil prices can do just that.

Exxon produces over 3 million barrels of oil equivalents per day. A recovery in oil prices from here would be a huge boost for Exxon.

This would also help Exxon continue its long-standing tradition of uninterrupted dividends. Exxon is a Dividend Aristocrat, a group of companies in the S&P 500 that have raised their dividends for at least 25 consecutive years.

The prominent player among oil dividend stocks has a current dividend yield of 3.2%, and the company has paid a dividend for more than 100 years.

Sitting not far behind Exxon is Chevron, the second-largest integrated U.S. oil company. Chevron has a $220 billion market capitalization and generates more than $100 billion in annual revenue.

Like Exxon, Chevron has a massive oil and gas production business, which stands to benefit hugely with oil prices on the rise.

OPEC’s decision to cut production could not come at a better time for Chevron. Its upstream business is really struggling, alongside its peer group. In 2015, Chevron lost $1.9 billion on the exploration and production side of the business, which completely reversed a nearly $17 billion upstream profit in 2014.

Low oil prices were to blame for this, but the good news is that higher oil prices will be the cure as well.

Before the oil crash, Chevron’s upstream segment represented nearly 90% of its profits. Even as a diversified integrated oil company, Chevron is still extremely sensitive to oil prices.

A continued rally in oil prices would be great for Chevron’s bottom line, and by extension, its dividend. Chevron has struggled to maintain its track record of annual dividend hikes. Like Exxon, Chevron is a Dividend Aristocrat, and recently raised its quarterly dividend by just one penny per share.

Chevron has a 3.7% dividend, and has increased its annual dividend payment for 29 consecutive years.

Helmerich & Payne is a much smaller company than Exxon and Chevron. It has just a $9 billion market cap. And it is a non-traditional business model. It is not an oil and gas production company, but rather an oilfield-services company.

When oil prices decline, drilling activity dries up. Oil producers cancel contracts, and owners of the rigs “cold-stack” them.

Because of this, the company suffered a 48% decline in revenue in fiscal 2016. It swung to a $57 million loss.

Helmerich & Payne offers a solid 3.3% dividend yield. The company kept increasing its dividend through the downturn, including a 2% bump in 2016. If oil prices continue to rally, there is a good chance Helmerich & Payne’s dividend growth will accelerate.