Successful bond investors fail to capture as many headlines as stock investors. Bill Gross is the exception. 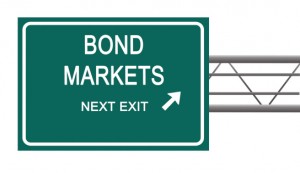 Gross’ name was recently featured in bold font when it was revealed he had invested $700 million – nearly a third of his wealth – in his JUCTX fund. Speaking on Gross’ behalf, Janus CEO Richard Weil remarked, “He (Gross) fundamentally believes that investing alongside of clients aligns interests. He believes in eating his own cooking.”

Gross should be commended for investing in his own fund. Indeed, his $700-million investment is roughly half of the fund’s total assets.

Then again, should you expect different? The majority of my personal investments have been plucked from recommendations in the High Yield Wealth portfolio. I, too, believe in eating my own cooking.

The question is, should retail investors eat Gross’ cooking as well?  (Minimum investment is $2,500.)

The average maturity on the JUTCX portfolio as of Dec. 31 was 1.24 years.  JUTCX paid $0.01 per share the past two months. Extrapolate that to 12, and you get $0.12 in annual dividends per share.  Based on the current share price of $9.80, the payout yields only 1.2%. If income is the goal, you’re not going to get much investing on the short end of the yield curve (though you will get safety of principal).

The reality is that Gross has never been about generating consistent high-yield income. It’s really more about trading opportunities and capital gains that generate total return that lead to income. As Gross says, “Without traditional benchmark constraints, the Fund seeks to achieve long-term positive returns regardless of market conditions. To this end, it invests broadly across asset classes and global financial markets.”

Gross has proven to be very capable bond trader. That said, I’m unsure whether Gross’ success is the product of individual skill or fortuitous times. The bond market has been in a 34-year bull market. His tenure at PIMCO was impeccably timed.  I suspect both are involved, though in what portions I can’t say.

Interestingly, from January 2008 through December 2013, PIMCO Total Return Class A Fund shares were up less than 1% (Gross was manager), while the Vanguard Total Bond Market ETF (NYSE: BND) and Vanguard Short-Term Bond ETF (NYSE: BSV) were up roughly 4%. To be sure, yields varied on all three funds and investing strategies were dissimilar, but it makes me wonder whether paying for global bond-manager alpha these days is still worth it. For income investors, I’m not so sure.