With all the talk centered around the Federal Reserve, it’s easy to forget that the European Central Bank is also providing lots of monetary stimulus. 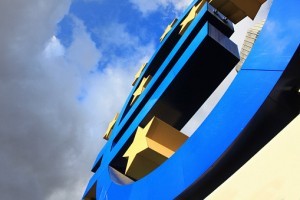 Back in mid-March, the ECB announced it was raising its monthly quantitative easing purchases from €60 billion to €80 billion.

But the real news is that the ECB is changing the focus of its QE program. ECB President Mario Draghi said the central bank will now add the purchase of non-financial corporate bonds to the mix. The ECB will buy “investment-grade euro-denominated bonds” issued by European companies in the eurozone.

Even though the ECB has already bought about 800 billion euros in assets through QE, this could be a real game changer.

Another very positive factor is that most bond market participants believe the ECB will buy bonds even if only one ratings agency gives a company an investment-grade rating. That means even some junk bonds may be bought by the European Central Bank.

Already, the ECB announcement has led to a divergence in performance between European stocks and bonds.

Stocks in Europe are still in the doldrums, down about 6.5% in 2016. But corporate bonds have rallied. The Barclays Euro Aggregate Corporate Bond Index is now showing a gain of 2.7%.

As with much of the sovereign debt in Europe, some corporate debt in Europe is also trading in never-never land – i.e., with a negative yield. Some of the companies with negative-yielding bonds include the likes of Nestle SA (OTC: NSRGY), Siemens AG (OTC: SIEGY) and Air Liquide SA (OTC: AIQUY).

Some may question why the ECB is doing this. 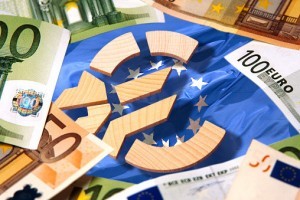 One thing the ECB is trying to do is to “deepen” the European corporate bond market, which is dwarfed by its U.S. counterpart. The good news here is that there were almost 50 billion euros in new bonds issued in March. That is the third-highest monthly total on record.

The ECB also wants to help corporate Europe by lowering borrowing costs. This money saved could provide a much-needed boost to capital expenditures. Europe badly lags the U.S. in this category.

Of course, this extra money could be put to other uses. As with many U.S. companies, European corporations could elect to increase their financial engineering – in other words, more corporate buybacks and heightened M&A activity. Here again, Europe has lagged the U.S.

One easy way for U.S. investors to jump on the ECB train is through an exchange-traded fund. The fund I have in mind is the PowerShares International Corporate Bond ETF (NYSEArca: PICB).

Performance-wise, the fund was up 5.24% year-to-date as of March 31. The fund is up 1.52% over the past month alone since the ECB announcement. Bear in mind, the ECB has yet to even reveal the details of its corporate bond buying program, much less launch it.

For investors looking for income, this fund does pay monthly distributions. Of course, in this world of zero and negative interest rates, the yield on PICB fund is under 2%.

But with a big guaranteed buyer – the ECB – of European corporate bonds, I expect capital gains on the European bonds held by the fund. That will add to the total returns for investors, making PICB a nice conservative way of getting positive returns in a tough market environment.