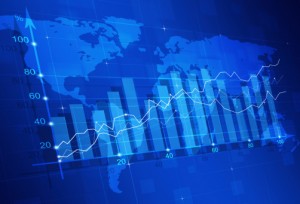 I’ve been in the investment business since the 1980s as a broker, trading supervisor and now as a writer. I’ve also been an emerging-markets investor since the 1980s.

The problem really isn’t the markets themselves. It’s the investment instruments U.S. investors are offered to invest in emerging markets.

Do Not Play Emerging Markets With Indexes

Let me illustrate with an example. In 2015, Vietnam’s stock market was a star in Asia, rising 6%. Yet the Market Vectors Vietnam ETF (NYSEArca: VNM) fell a whopping 22%!

How did that happen? With all apologies to Vanguard Group founder John Bogle, indexes stink when it comes to investing in emerging markets.

According to the Institute of International Finance, only a mere $7.5 trillion out of a universe of $24.7 trillion in emerging-market equities are covered by EM indexes. That’s a double whammy for investors. Not only are you missing out on often the best of emerging-market stocks, but you are exposed to the most overvalued.

Going back to the VNM fund, what I consider to be the best company in Vietnam – the dairy firm Vinamilk – is nowhere to be seen in their portfolio, despite it being Vietnam’s biggest listed firm.

Investing in an ETF based on an index in any emerging market is like doing all of your grocery shopping in only one aisle. The selection is limited and often not very palatable.

To be successful in emerging markets, you have to be a stock picker. Either you have to do the homework or let an experienced fund manager do it for you.

Doing your own homework is not hard. The Financial Times has lots of information, for instance. But the problem lies in trying to purchase foreign shares. Many stocks are unavailable to U.S. investors, and brokers will charge extra to deal in such securities even if they are available.

My Look at Emerging Markets

The following is my two cents worth on the outlook for various emerging markets in 2016. Valuations in many markets are at levels not seen since 1997-1998. Note that I personally own the mutual funds mentioned below.

Mexico: I love the fact that Mexico is not reliant on commodities and is becoming a manufacturing powerhouse. But there is no great, pure manufacturing play. Beverage seller Fomentos (NYSE: FMX) is a quality name though and it owns 20% of global beer giant Heineken (OTC: HEINY).

Brazil: Until socialist President Dilma Rousseff is gone, avoid. A quality name there though is Ambev (NYSE: ABEV), which is controlled by Anheuser-Busch InBev (NYSE: BUD).

Frontier Markets and Africa: Despite the fall in commodities, I like the macro changes occurring in Africa with two exceptions – South Africa and Egypt. And you guessed it, those countries are the biggest positions in the Market Vectors Africa ETF (NYSEArca: AFK). I would instead opt for a mutual fund – the Nile Pan Africa Fund (NAFAX). The fund can be bought no load through Schwab’s mutual fund marketplace.

For a broader-based fund that captures Pakistan and other frontier markets, the Matthews Emerging Asia Fund (MEASX) and the Wasatch Frontier Emerging Small Countries Fund (WAFMX) are good choices.

Eastern Europe and Russia: In Eastern Europe, Hungary and Poland are becoming unfriendly for investors. Meanwhile, Romania is opening up. But it’s tough to get exposure in the region as a U.S. investor. Owning the Austrian bank Erste Group Bank (OTC: EBKDY) does offer one way to do so, but trading is extremely thin.

As for Russia, none of the consumer stocks are readily available. In energy, Rosneft is the quality name, but it’s hard to trade. Meanwhile, the ETFs are loaded to the gills with lesser names in energy like Lukoil (OTC: LUKOY) and shaky banks. A reluctant avoid.

South Korea: I like Korea, but as with Eastern Europe, the quality names are hard to get ahold of. The ETFs are too loaded with tech companies and banks. The best bet is the Matthews Korea Fund (MAKOX). It has quality consumer names like AmorePacific and LG Household & Health.

Indonesia: President Joko Widodo promised much reform if elected. But a year later, Indonesia is a major disappointment. It looks like business as usual there. Avoid.

Southeast Asia: Malaysia is a definite avoid. As is Thailand. Singapore is OK, but nothing exciting is happening there. Vietnam is great. Samsung Electronics is investing another $1 billion into the country. But unfortunately, Samsung is not easy to trade – unless one wants to deal with very thinly-traded closed-end funds that trade offshore.

India: Prime Minister Modi is like a breath of fresh air which investors have breathed in. But his reforms are being blocked by the legislature and the bureaucrats. So the jury is out there.

The ETFs stink again. I would opt for Fairfax India Holdings Corp. (OTC: FFXDF), but beware – this Canadian investment fund is very thinly traded in the U.S. On the upside, it was put together by the Warren Buffett of Canada, Prem Watsa, who was born in India. His Fairfax Holdings track record (started in 1985) compares favorably with Buffett’s record at Berkshire Hathaway (NYSE: BRK-B). With the India fund, he is purchasing individual companies he likes, a la Buffett.

That just leaves China, which I will discuss at length in my next article.