Some called it China’s “Black Monday.” Others, more clever, called it the “Great Fall of China.” 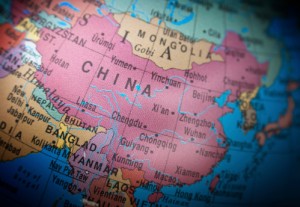 Whatever you call it, the end result last week was a worldwide sell-off in equities.

Then as sure as dawn follows the night, the pundits were out in force. Many were predicting the end of China, and emerging markets in general.

The pundits panning the emerging markets seemed to have missed the memo showing that Eastern European currencies have risen versus the U.S. dollar this year. And their stock markets are still up for the year.

I’ve been in the investment business since the 1980s and I’ve seen pundits forecasting the collapse of the Chinese economy and other developing economies for well over 20 years.

Every time I see such market overreaction, the alarm bells go off for me. After the recent panic I said to myself, “Time to look at the emerging markets again for bargains.”

Especially after, according to NN Investment Partners, a flood of outflows has occurred from emerging-market funds globally. The asset management firm estimated that $1 trillion in outflows occurred over the past 13 months.

I’m not alone in my optimistic view.

A survey published last week from management consulting firm A.T. Kearney showed that 500 CEOs of multinationals are expecting emerging economies to rebound. And importantly for the CEOs, they expect those economies to regain their role as the key driver of global economic growth.

Eighty percent of the CEOs polled expect a rebound within a year. At the top of their list for growth opportunities: China and East Asia.

Their optimism is understandable. Emerging-market economies are in better shape than they were in the emerging-market crisis in 1997.

Here are some reasons why:

Now, China is an exception to some of those broad criteria, but it is moving in the right direction. The recent yuan devaluation was a step toward its currency becoming more fairly valued in preparation for a freer float.

Chinese investors, thanks to the stock rout, are now much more interested in exchange-traded bonds. And so are Chinese firms and governments.

In July, the amount of new corporate bonds listed on the Shanghai Stock Exchange was nearly equal to the amount listed the entire first half of 2015. And local governments are expected to issue another $312 billion worth of bonds over the course of the year.

The No. 1 item that is attracting me to emerging stock markets is their dirt-cheap valuations. In August, emerging stock markets endured their worst monthly slide since 2012. The MSCI Emerging Markets Index is trading just below levels last seen in May 2011. The emerging currency index is at its lowest point since June 2010.

Cheapness is particularly apparent in Asia.

Andrew Lapthorne of French investment bank Société Générale revealed to the Financial Times his list of cheap global stocks with a price-earnings ratio of under 10. The vast majority were in China, Hong Kong, Taiwan and South Korea.

That’s not surprising, considering Asian stocks have endured their worst month in three years. These valuations strike me as a lot of bad news already being priced into these stocks.

How can investors play this emerging-market swoon and subsequent rebound?

Since most of the better individual company opportunities are not readily accessible for U.S. investors, I would stick to funds.

One can buy an index with the iShares MSCI Emerging Markets ETF (NYSEArca: EEM). I don’t know of many other major indexes at more than a four-year low.

Maybe the pundits are giving up on the developing world. But I’m not ready to give up on the 6 billion of the world’s 7 billion people that live there.