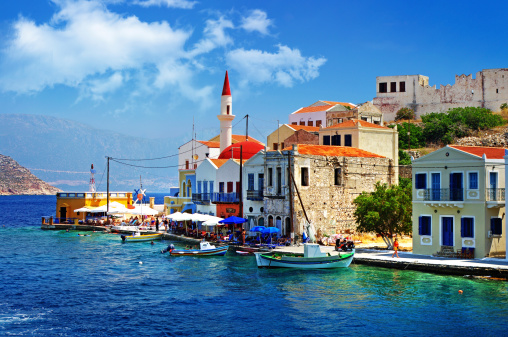 It’s Greek to me, and it’s likely Greek to you.

How in the world can a tiny backwater country roil the world’s financial markets like Greece can?  Greece’s gross domestic product is a mere sliver of that of the United States – roughly 1.4%. Greece’s GDP isn’t even a third of Apple’s (NASDAQ: AAPL) market cap. I would bet that 90% of U.S. citizens are clueless to Greece’s location on a map.

Smart investors know the key to successful investing is avoiding the whipsaws caused by amplified meaningless chatter. Greece is meaningless chatter. There has never been a time when human history has been free of chaos, war and tragedy. Greece doesn’t even rise to these levels.

The key is to get out of bed and focus on the forest (as opposed to the trees). Many investors do so by only owning stocks with durable business models backed by familiar brands. There aren’t many of them, and the elite of the group are known as “forever stocks.”

Exxon Mobil (NYSE: XOM) is one of the elites. The market-dominating energy giant has been around for 125 years. It has paid a dividend for over 100 years. It has prospered through two world wars, the rise of communism, the fall of communism, the Great Depression, the Cuban Missile Crisis, a few OPEC oil embargoes, numerous recessions, U.S. economic stagnation, and countless foreign skirmishes.

The early 1970s was a time of elevated turmoil. The U.S. had abandoned the last vestige of a gold standard. The country was embroiled in the costly and unpopular Vietnam War. The 1970s would be marked by the rise of OPEC and its oil embargoes. A decade of economic stagnation ensued.

How did Exxon Mobil fare? It paid its dividend, and never stopped paying its dividend. What’s more, it continued to raise its dividend every year – year after year – to this day.

Today, Exxon Mobil pays $2.92 per share annually, which yields roughly 3.4%. Exxon Mobil’s annual dividend has increased an average of 7.4% over the past 44 years. Today the investor realizes a 127% return on his $2.30-per-share investment on dividends alone.

Exxon Mobil’s dividend and share price are hardly spectacular, but they’re good. Good is good enough, because so few companies can sustain “good.”

The good news is we’ve done the work. We’ve just completed a new report that features the top 10 forever stocks to buy now. These stocks offer the opportunity for decades of wealth accumulation – just like Exxon Mobil – except only better. Click here to get your copy of this invaluable wealth-generating report.