Rates remain at historical lows, but this won’t last forever.

Fed Chair Janet Yellen has noted that rising interest rates will depend on two key factors, inflation and unemployment.

Well, unemployment is at the lowest level we’ve seen since 2008. Inflation is at the highest level in over a year and a half.

Every day we appear to be getting closer and closer to the day that the Fed starts pushing rates higher.

Even Richard Fisher, president of the Federal Reserve Bank of Dallas, has said that rates will start rising by early next year, or possibly even sooner. Other Fed officials have also noted that if the economy stays the course, rate increases will come sooner rather than later.

Some of the top investors in the market are also calling for higher rates. Billionaire and famed investor Stanley Druckenmiller noted at the Delivering Alpha conference last week that the time has passed for the Fed to boost interest rates.

He said that the Fed’s continuation of low rates is ” . . . not only unnecessary but fraught with unappreciated risks.”

With that in mind, let’s take a look at the top 3 stocks to buy for rising interest rates. 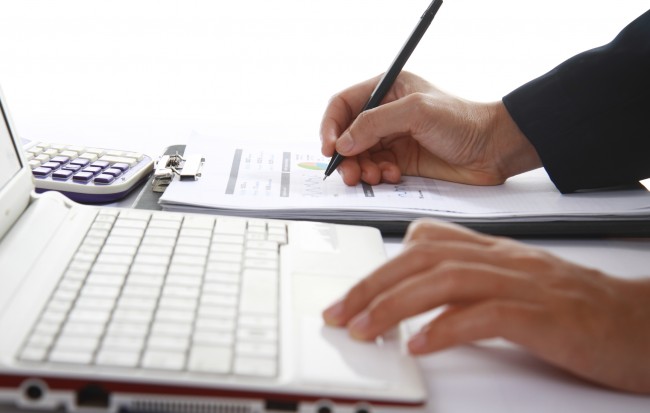 No. 1 Stock To Own For Rising Interest Rates: FedEx (NYSE: FDX)

As the economy strengthens, inflation generally follows. Thus, companies that will excel thanks to higher prices will perform quite well. FedEx is one of those companies that should see earnings benefit as interest rates rise; a large part of its expenses are fixed. As revenues rise on the products it delivers, the company should enjoy margin expansion.

FedEx is the world’s largest provider of express delivery services. It also has a strong international presence, with around 45% of its revenues being generated from outside the U.S. But it’s still looking to boost its international presence. FedEx recently acquired various courier and logistics companies in Poland, France, Brazil and Africa. It’s also building a new hub in China that will allow it to cater to 100 new cities.

FedEx trades at a slight discount to its top competitor, UPS, on a P/E basis. However, factoring in analysts’ earnings growth expectations, FedEx has a P/E to growth (PEG) ratio of 1.5, which is well below UPS’ 2.1.

FedEx has a debt-to-equity ratio that’s nearly a fifth of UPS’ and offers a modest 0.5% dividend yield. Its dividend has been boosted each of the last four years. It also fits the bill for potential dividend increases; FedEx’s payout ratio is a mere 9%.

No. 2 Stock To Own For Rising Interest Rates: Wells Fargo (NYSE: WFC)

The other key for Wells Fargo and other banks is that they were required to increase capital during the financial crisis. As a result, they had to cut dividends in order to raise cash. However, many now have a strengthened balance sheet and are now able to return capital to shareholders.

In April, Wells Fargo boosted its dividend payment nearly 17%. Its dividend yield is now one of the best in the industry, coming in at 2.7%.

However, it’s not just that. The bank has the highest return on equity and return on investment among the key banks. These include JPMorgan Chase, Citigroup and Bank of America. Wells Fargo’s ROE is an impressive 13.9% and its ROI is 9.8%. The other key is that Wells Fargo has a very strong balance sheet. And it also has a payout ratio that’s only 34%.

No. 3 Stock To Own For Rising Rates: Microsoft (NASDAQ: MSFT)

The next key for investing in a rising interest rate environment is to focus on companies that can continue to boost dividends as rates rise. For example, utility companies have relatively stable dividends, but little room to increase payments. As a result, they are generally sold off during a rising rate environment. Yet, the technology industry is filled with companies that have strong balance sheets and a renewed interest in raising dividends.

Microsoft has a history of dividend increases, with 10 straight years of dividend payment increases. Its dividend yield is up to 2.7% and its payout ratio is right at 40%. It has strong free cash flow, its debt to equity ratio is only 26%, and cash covers over 20% of its market cap.

While companies with exposure to the PC industry has been a tough one to own, Microsoft is still a cash generating machine. Its also reducing its reliance on PCs by focusing on other devices and services. It has a new CEO, Satya Nadella, that has said the company will become a “mobile-first cloud-first,” company. As part of that, it introduced Office for iPad earlier this year.

It also has Microsoft Azure, which is a hybrid cloud solution that integrates existing IT infrastructure into the cloud. Microsoft also has partnerships with some of the biggest cloud and software-as-a-service companies, including Salesforce and Oracle. This new focus on the cloud should help the tech giant continue growing earnings and free cash, which means more dividend increases for shareholders.

Rising rates aren’t necessarily bad for stocks. With rates set to rise, it’s best to prepare sooner rather than later. Some of the best ways to invest include companies that are able to boost dividends, but also those that will benefit directly rising rates. The three stocks above are great ways to get ready for higher rates.