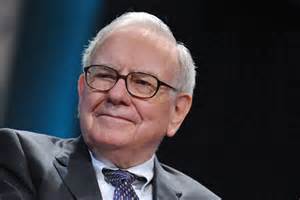 Register here to find out how you can, too.

Warren Buffett is easily the greatest investor of at least a couple of generations. He started out with $10,000 back in the 1950s and has parlayed that into a net worth of $79 billion and an unrivaled business empire.

He didn’t accomplish that with any crazy charts or esoteric financial instruments normal people can’t even pronounce, much less use. Warren Buffett did it the old-fashioned way: Solid business acumen and passive income. That means what he did is reproducible.

No, I don’t mean we can reproduce his business acumen. No offense, but you probably wouldn’t be reading this if that were possible. He has an uncanny knack for identifying  underappreciated businesses and an unparalleled ability to see the truth behind an income statement and a balance sheet. That’s not to say he’s always right, but his win-to-loss ratio would be tough to match.

Even if you and I can’t match his ability to buy up undervalued businesses, we can use his passive income strategy.

Right now, Buffett collects Liberty Checks from Wells Fargo (NYSE: WFC), Apple (NASDAQ: AAPL), Bank of America (NYSE: BAC), Coca-Cola (NYSE: KO) and Kraft Heinz (NASDAQ: KHC). He isn’t buying or selling the companies themselves or actively trading. He isn’t trying to influence how they do business or get seats on the boards.

Now, I’m not promising you hundreds of millions of dollars every month. I’m not Warren Buffett, either.

You can use the same strategy that Buffett does to lock in checks averaging $1,170 roughly every 21 days though. That works out to about an extra $19,890 a year in income. And, unless you’re a billionaire, that’s good money.

If you’re a parent or grandparent, that’s a semester at most state colleges, maybe even a year depending on your state. That’s a car lease. That’s more then the annual payments on a brand-new bass boat. Maybe the mortgage on a beach house or a place in the mountains?

Or, you could bank it and know it’s that much you don’t have to worry about later.

The beauty is, it’s up to you how you use that money, just like how Warren Buffett uses his is up to him.

While Liberty Checks won’t make you as reach as Warren Buffett, they can make you just as comfortable.