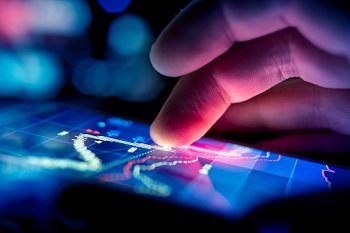 Are You Trading Earnings? Focus on These Top Companies

Our strategy for trading earnings has proven profitable during volatile markets. Take a look: the stats speak for themselves. Learn the best way to profit from earnings announcements.

The Dow Industrials cruised past 10,000 yesterday. Clearly, the news that Germany may be coming to Greece’s aid was a big relief for investors. The euro rallied against the U.S. dollar as well, an important catalyst for stock and commodity prices on U.S. exchanges.

Some stability in Europe and progress on a jobs bill in Congress will be good for stocks. Earnings are already solid and I suspect there is more upside coming.

I got on the phone with TradeMaster‘s Jason Cimpl to see if yesterday was the type of bullish activity he wanted to see from the market. He noted that although the market got a nice bounce (TradeMaster Daily Stock Alerts members closed short positions worth 15% and 5%), the close was very weak.

Typically, indices in a bull trend would have made a push higher into the close. Despite the weak close and his growing pessimism, he did note that market internals were "spectacular." The advancing volume data showed us that the upward action was more than just shorts covering their downside positions – it was also bottom feeders nibbling at the low stock prices. He’s watching the 1085 level on the S&P 500 as an important resistance point this week.

There’s also some significant news from China today. Credit Suisse is suggesting that instead of letting the yuan appreciate, it may raise wages for Chinese workers. That’s important on a number of levels.

First, higher wages for Chinese workers removes some of the competitive edge that China enjoys because it makes their goods more expensive. This move would also put more money in the average Chinese citizen’s pocket, which serves China’s bigger goal of supporting domestic demand for Chinese goods.

Being an export economy is an unsustainable model, and China knows this. It must transition to a more balanced economy. I’ve noted in the past that China needs some form of social security to unlock the massive amount of saving in that country. Higher wages is a step in that direction.

Obviously, if wages in China are higher, it will help the U.S. manufacturing sector as well. This is one of the pleasant outcomes of globalization. Ultimately, we will see a more level playing field as the standard of living in emerging economies rises.

The final takeaway of this move is political. It’s no secret that President Obama has been putting some pressure on China to remove unfair trade advantages. I won’t call it "caving in", but the fact that China would take steps to remove some of the advantage that its exports enjoy clearly shows the country is sensitive to the demands of its trading partners. Who knows, maybe China will also find a solution that lets Google stay in the country?

I managed to catch part of Treasury Secretary Geithner’s
testimony yesterday. I actually thought he represented himself pretty
well. I can appreciate his stance that AIG really was to big to fail.
But that notion that the New York Fed had to make sure all of AIG’s
credit default swaps were paid still doesn’t make sense.

Geithner’s explanation was that if AIG did pay off debts like
the $25 billion that went to Goldman, AIG would get downgraded and it
would become more expensive to unwind the company. Maybe I’m wrong, and
I haven’t checked to be sure, but I’m pretty sure AIG’s debt was
downgraded. And do you even need a rating for a company that’s 80%
owned by the government?

Bottom line: I still think former Treasury Secretary Paulson
made sure Goldman Sachs got paid and it really stinks that tax payers
get taken advantage of like that. Unfortunately, it’s unlikely anything
will come of it.

*****The Fed reiterated its pledge to keep
interest rates low for an extended period. No surprise there, but
investors liked the news. Stocks finished the day with a nice rally.

Still, it’s not like the Fed is keeping the liquidity spigots
wide open. The Fed plans to end its mortgage-backed securities
purchases. With so many stimulative monetary policies in place, low
interest rates will probably be the last thing to get changed.

*****China
is also d oing its part to soothe investors. According to Bloomberg,
China’s banking regulator has told lenders to "….step up scrutiny of
property loans while pledging to satisfy "reasonable" financing
needs…"