Saudi Arabian oil fields are drying up at a rapid pace, and the world isn’t quite ready for the end of “Old Oil.”
Now, this hasn’t been very well publicized, for good reason. The fall of OPEC could lead to further instability in a region already facing considerable unrest.
In fact, the biggest worry comes from the largest oil field on Earth. That’s the Ghawar Field, which produces 60% of Saudi oil. On a global scale, Ghawar is equally impressive, pumping out 6.25% of world production.
Ghawar oil production peaked in 2005, and it’s been downhill ever since. Not coincidentally, Saudi Arabia’s overall production is off as well.

”Old Oil” from OPEC will be a thing of the past 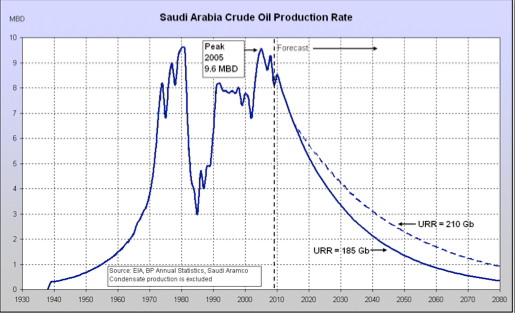 What’s happening in Saudi Arabia is not unique. In fact, other prominent OPEC members are facing similar declines in production, and losing their grip of the energy markets.
Similarly, Venezuelan production has dropped off a considerable 25% since 1999.
All of this points to an end to “Old Oil,” which is quickly dying off. You see, the 20th century theory of Peak Oil is proving itself true.
After all, Peak Oil suggested that oil production had reached a high, and would forever be in decline. That certainly seems to be happening in older fields like Ghawar.
But this isn’t the emergency it first appears to be. That’s because, while 20th century reserves have peaked, we now have an entirely new class of production coming online. So Peak Oil alarmists are correct: we’re running out of oil – except for all of the other oil…
“New Oil” is being sourced from unconventional sources like the Bakken Shale and Marcellus Shale in the U.S., and Canada’s Alberta fields. And these new sources of oil and natural gas are quickly filling the void of OPEC declines.
Thanks to new methods of drilling and extracting petroleum – particularly fracking – there is a production renaissance.
And where is this “New Oil” boom felt most? Right here. For the first time since the ‘70s, America is increasing production. 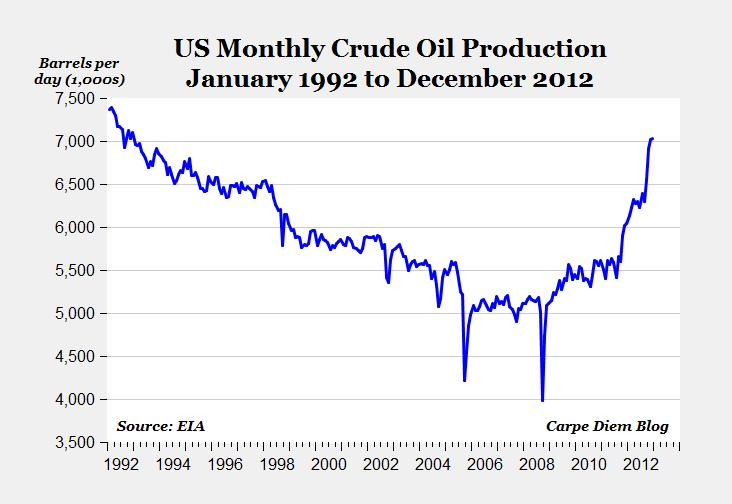 America isn’t alone. Canada, parts of Europe, even Japan and China are getting in on the opportunity to replace OPEC and gain control of their domestic energy needs. And as “Old Oil” declines and “New Oil” rises, OPEC will find its way into the trash bin of history.
It won’t happen all at once. Indeed, it will be 2030 before America is 100% energy-independent. And it will take another ten years before the U.S. is a major exporter of petroleum. But the time is coming.
This is certainly bad news for OPEC. With “New Oil” offsetting OPEC declines, the cartel can’t simply hike oil prices.  Instead, oil prices have been pretty constant, since OPEC doesn’t have much pricing power.
For OPEC countries, the future looks far less prosperous. The cash from oil has funded lavish lifestyles of Middle Eastern royalty. And it’s allowed the powers that be to suppress the people and operate authoritative dictatorships.
It’s simply a matter of time before the people rise up, and take back what’s left of the shrinking national oil fields.
For countries like the United States and Canada, this shift away from OPEC and toward energy independence is monumental.
No longer will our country’s Middle Eastern policy decisions focus on what is best for oil imports and gas prices at the pump.
Perhaps most importantly, growing oil and natural gas production is just the economic boost that we need. The energy boom is already creating much needed jobs in places like North Dakota, western Pennsylvania and upstate New York.
The next decade will be a booming time for the American energy sector. And these tailwinds will create unprecedented opportunities for astute investors.
Like every growing sector, there will be many losers and a few big winners. This American oil story is new and exciting – but it’s not different.
We still need to invest carefully in high quality companies – and that means ignoring most of what you’ll read and hear from the mainstream financial media as this story becomes too big for them to ignore.