Martha Stewart, Raj Rajaratnam, James Fleishman, and Ivan Boesky must be thinking, "You've got to be kidding me!" All four have or are doing time for insider trading.

So why the collective incredulity?  They traded the wrong way on the right information.

You see, Martha Stewart et al. were busted for trading on inside private information. Someone within the company passed along information not yet disseminated to the public.  They traded and made money.  They also got caught and went to prison.

Their downfall was that they were fishing for information and privilege in illegal waters.  The legal waters flow through Congress, the White House, and sundry cabinet- and department-level offices. 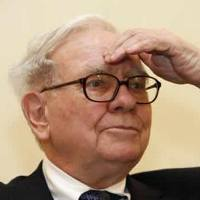 And no one understands how the currents flow as well as Warren Buffett.  Yes, I'm speaking of famed value-investor and Berkshire Hathaway (NYSE: BRK.a) Chairman and CEO Warren Buffett.

I long ago lost interest in the Warren Buffett way of investing.  His followers number too many these days and they tend to think and speak in similar interpretive-dance clichés: economic moat, intrinsic value, wonderful companies at fair prices.  I, on the other hand, take an Occam's razor view (the simpler the better):  I'd always thought Buffett bought large-cap growth companies because that was the only avenue available given Berkshire's girth and sizable cash hoard.

Don't get me wrong; I don't believe Buffett's ability to accurately size up an investment has diminished.  But there is more to it than pure analysis.  Warren Buffett knows and understands Washington D.C. as well as he knows and understands any business.  His improbable success and his great wealth instill respect, and even awe, among Washington's elite.

Peter Schweizer, writing for the March 2012 edition of Reason Magazine, offers an insightful and entertaining tale on just how influential Buffett is within the Beltway. Schweizer presents an original (though I think unintended) argument as to why investors should invest along with the Oracle of Omaha.

Schweizer offers numerous examples of how Buffett's formidable reputation allowed him to deftly maneuver through the political miasma.  When Buffett talks, people listen, and many of the right people were listening during the financial crisis in the fall of 2008.

If you'll remember, our largest banks were literally crumbling before our eyes. While most investors ran for the hills, Buffett ran toward the epicenter with checkbook in hand to invest $5 billion in Goldman Sachs (NYSE: GS).  Of course, Buffett's lifeline came entangled with provisions favoring the savior: Berkshire Hathaway would receive Goldman preferred stock with a 10% dividend yield and an option to buy another $5 billion in stock at $115 per share.

Buffett subsequently campaigned for the $700 billion Trouble Asset Relief Program (TARP) that was being debated in Washington. He even participated in a conference call with House Speaker Nancy Pelosi (D-Calif.) and other House Democrats, warning that if TARP didn't eventually pass, the country faced "the biggest financial meltdown in American history."

TARP mattered. In addition to Goldman Sachs, Buffett was heavily invested in Wells Fargo (NYSE: WFC) and U.S. Bancorp (NYSE: USB), all of which were at risk and in need of federal cash.  Schweizer referenced a Houston Chronicle article that concluded that Buffett was "one of the top beneficiaries of the banking bailout."

TARP passed, as you know.

A Bet on Railroads, Alternative Energy, and Financials

Buffett's subsequent investment in Burlington Northern Santa Fe Railway (BNSF) also appears to be as much a bet on corporatism as on sound economics. Buffett bought BNSF just as the Obama administration was beginning a series of initiatives to expand the government's spending on railroads.

According to Schweizer, Berkshire spent $1.2 million on lobbyists in 2008, but by 2009 its budget had jumped to $9.8 million, where it has more or less remained.  The 2009 stimulus package included $48 billion (of the total $787 billion) for infrastructure improvement, including railroad infrastructure.

It's also worth mentioning that another Berkshire company – MidAmerican American Energy Holdings – was a beneficiary of government largess, receiving $93.4 million in stimulus money. Could it be coincidence that MidAmerican has invested billions in heavily government-subsidized wind and solar?

Let me reiterate Warren Buffett has done nothing illegal. In fact, there is actually a cottage industry centered on gathering and selling legislative information.  From a purely self-interested economic perspective, if you can legally tilt the board in your direction, why not?

But you can see how Raj Rajaratnam, who is serving 11 years for insider trading, might be miffed.  Why is it okay to peddle influence and profit on inside government information, but not inside private information?

Now that I better understand how Washington works, I'm keeping a close eye on Warren Buffett and an even closer one on his newer investments. My interest has been piqued by his additional purchases of Wells Fargo (though I'm still no fan of the big banks as buy-and-hold stocks) and new investments in Visa (NYSE: V), Liberty Media Corp. (NASDAQ: LMCA) and IBM (NYSE: IBM). Sure, they might be backed by insight that only Warren Buffett brings to the table.  Then again, there might be more to it than that.