As the saying goes, the only people that made money in the gold rush were those selling the picks and shovels, versus those actually mining for gold. 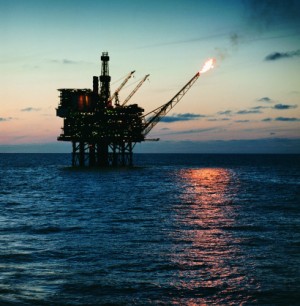 Along those lines, a similar case can be made for the oil industry and oil industry stocks. The oil equipment makers and servicers will hold up much better than the oil exploration and production companies if oil stays lower for longer.

The latter two companies are the most interesting right now.

Part of that is thanks to Jeff Ubben. He runs ValueAct Capital, which is a quiet activist hedge fund that’s put up some of the best returns around.

One of its more high-profile investments has been Microsoft (NASDAQ: MSFT).  ValueAct owned just 1% of the company, yet, was instrumental in getting Steve Ballmer ousted.  ValueAct has delivered 17% annualized returns since it was founded in 2000.

Now, merger arbitrage is a sexy term, but it’s not all that complicated. Generally, when a merger is announced, you run some probabilities and then buy the company being acquired, while simultaneously shorting the acquirer.

However, ValueAct owns both Halliburton (the acquirer) and Baker Hughes (the acquiree), owning 4.3% and 5.3% of the companies, respectively. We could see some divestitures for antitrust compliance, but by betting on both companies, it appears that ValueAct is banking on the combined company being a powerhouse.

Baker Hughes has been a laggard, with supply chain inefficiencies. Therein lies a big opportunity for Halliburton, where it can realize cost synergies by applying its industry leading practices to Baker Hughes operations.

Halliburton has been a leader in the North American unconventional oil market, but the merger will boost its service offerings more in-line with industry leader Schlumberger.

There’s another angle that makes oil servicers like Halliburton interesting. Although oil producers will continue to cut back on drilling while oil prices are low, they’ll be interested in boosting efficiency. Producing as much oil from current wells as possible, with little effort, is  something that Halliburton can help with. And that type of work is high margin.

Still, some investors are concerned the deal won’t close. Halliburton’s deal (stock and cash) comes to a $61 per share offer for Baker Hughes. Yet, shares of Baker Hughes trade for less than $54 a share.

Of note, the recently announced Schlumberger buyout of Cameron should help regulators look more favorably upon the Halliburton-Baker Hughes deal.

In the end, Halliburton is still optimistic about a deal. It mentioned earlier this month that it had gotten shareholder approval and put up certain assets for sale. The company also reiterated that the deal will increase its scale in international markets, add to its production chemicals portfolio and help lower costs via synergies.

And when recently asked about the Halliburton-Baker Hughes deal, Ubben said he still loves it. Of note, he mentioned Halliburton’s commitment to doing whatever it takes to get the deal done.