Crude oil prices jumped 1.36% today – a rare up day for a commodity that has lost one-third of its value since early May.

Recent history tells us that today’s bounce-back in oil could signal the beginning of a longer-term rally. As the chart below shows, oil has dipped below $80 three times in the past two years. On each of the previous two occasions, it bottomed in the mid-$70 range before going on a major multi-month run. 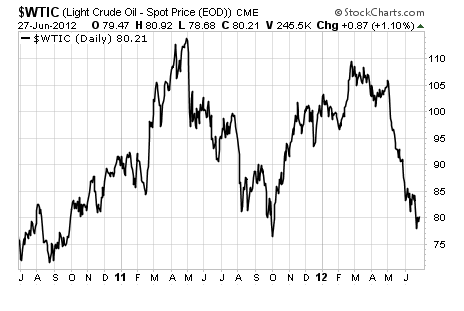 So today’s oil rally may be more than just a temporary bump. Commodity investors and SUV drivers alike – you've been warned.