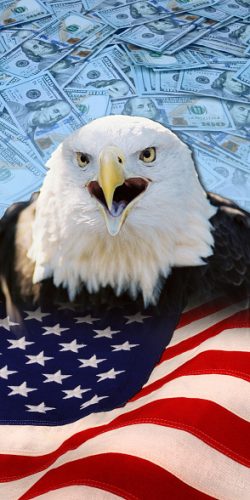 Investors who bought Warrior Met Coal’s “liberty vouchers” in October were able to sell them four months later at profit. They captured capital gains of up 9.9% on their investment.

Investors rinsed and repeated in the second round.

Investors who bought Warrior Met Coal’s “liberty vouchers” this past April sold them at a profit in June. They sold them to capture capital gains of up 5.6% on their investment.

To be sure, Warrior Met Coal is the exception to the rule. Few companies issue two rounds of “liberty checks” over a matter of months.

We know from experience.

A digital-media company paid “liberty checks” that generated a 6.2% yield on investment. The yield is good, but we expect more. We expect to book an 8.8% capital gain when we recommend selling its “liberty vouchers” in the next month or two.

More “liberty voucher” opportunities are forthcoming. Changes in tax laws instigated by President Trump assure it. We expect to see a surge in “liberty checks” and “liberty voucher” trades over the final months of 2018.

You’ll want to be prepared to exploit the opportunity. Now is the time to ensure that you’re prepared.

All you need to do is register to attend a free, live webinar that Ian Wyatt and I will host next week. Click here to reserve your spot for this event.