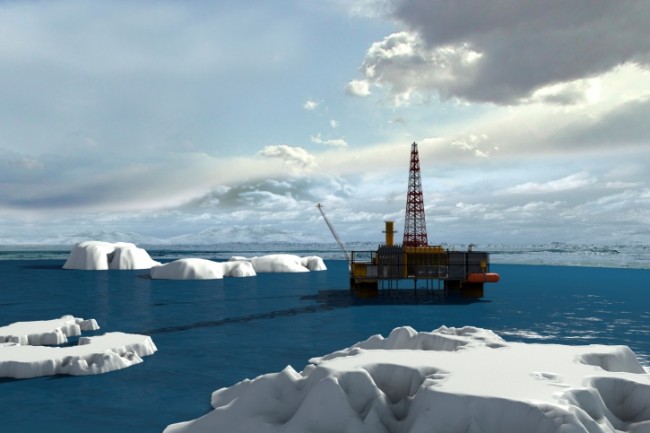 Is it a good time to buy into the stock market? Probably not, as the market looks overvalued no matter how you slice it.

But it could be worth taking a look at certain industries. For example, it looks the offshore drilling industry has been beaten down to the point that they are a number of cheap stocks offering investors an attractive entry point.

The oversupply of drilling rigs, coupled with a cutback in capital expenditures on drilling by major oil and gas companies, has put downward pressure on the demand for offshore drilling.

Nearly every major offshore driller has underperformed the S&P 500 by more than 50% over the last two years.

However, the oil boom in the U.S. still has a few years left. The boom in states like Texas and North Dakota has led to an overcrowding in many onshore oil and gas shale plays.

As a result, more companies are turning to the deep waters of the Gulf of Mexico and other parts of the world in an effort to find more oil.

Americans are even supporting this effort. In a poll by the American Petroleum Institue, it found that over two-thirds of Americans support an increase in oil and gas offshore drilling, but they also feel the government isn’t doing enough to encourage such activity.

The major offshore oil and gas drilling companies would be the biggest benefactors of more oil being sourced from deep under the ocean.

Here are the top 3 places to drill for dividends:

Transocean offers a very enticing 7.1% dividend yield. Its dividend payment is just a 55% payout of operating cash flow. Meanwhile, it trades at a P/E ratio of just 12 based on next year’s earnings estimates. Putting its P/E to growth (PEG) ratio right under 1.

It remains the largest driller by rigs in the world. Part of the growth story at Transocean continues to be its “right sizing.” The company has been selling off non-core assets in an effort to increase its exposure to premium units. Its most recent move is to form a master limited partnership (MLP), which is set to IPO this year and will bring in upwards of $350 million.

The other aspect to creating an MLP is that Transocean will now have a financing vehicle going forward. That means, as rigs get older, Transocean can move them off its balance sheet easily and effectively by shifting them to the MLP. Allowing Transocean to raise more capital at attractive rates to build newer rigs. All the while, Transocean will remain in control of the MLP (where it will retain 51% ownership after the IPO).

No list of dividend payers is complete without mentioning SeaDrill, whether its limited to the drilling industry or not. That’s because it pays a dividend that yields an enticing 10.7%.

It’s a somewhat controversial dividend, given the company’s debt and current state of the drilling industry. As a result, many question sustainability of its dividend. However, it’s $4 annual dividend payment is only a 37% payout of earnings. And despite taking on $3 billion in debt during 2013, the company’s debt to capital ratio has remained a steady 65%. Its debt to capital ratio has remained around this level since early 2010.

The oil and gas drilling industry trades at an average P/E ratio of right 19. Meanwhile, Seadrill is trading at a P/E ratio of 10.4 based on next year’s earnings estimates. Coupled with Wall Street’s growth expectations for the next five years and its P/E to growth (PEG) ratio is an ultra low 0.55.

The company also believes that over 90% of the mobile offshore drilling rigs made in the last 20 years use drilling components manufactured by National Oilwell.

It pays the lowest dividend yield of the three at 2.2% (which is still above the S&P 500 average dividend yield). But the company also has the best balance sheet in terms of debt. It actually has net cash (cash less debt) of $500 million.

We know how hard it is to find great dividends. But the 3 places above are worth drilling for dividends. The industry appears to be attractively valued and the income its offering is more than you’ll get from other areas of the market.