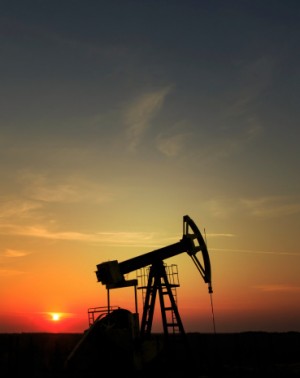 Jana Partners is one of the best-kept secrets when it comes to activist investing. Most investors follow the corporate raider that is Carl Icahn, but this smaller fund has also been one of the most successful on Wall Street.

Barry Rosenstein started Jana Partners back in 2001 with just $17 million. His fund now manages over $8 billion.

He and Jana Partners have been in and out of a number of companies over the last couple of years, enacting change and then moving on to the next troubled company.

He was successful in getting grocery giant Safeway sold to private equity firm Cerberus Capital Management earlier this year. The sale delivered an 80% return for Jana Partners.

This was just one of his many activist campaigns. Most recently, he has taken on Oil States International, McGraw Hill Financial, Marathon Oil, and Outerwall.

But one of Jana Partners’ most recent wins has created 2 stocks to own in this activist’s aftermath. Jana Partners has convinced QEP Resources (NYSE: QEP) to completely separate itself from its midstream assets. This is the fourth energy company that Jana Partners has “shaken” up since 2011.

The oil and gas company plans to spin-off its field services business and release control of QEP Midstream Partners (NYSE: QEPM) — which was a partial spinoff of QEP Resources’ midstream assets in 2013.

Jana noted about the spinoff, “…the separation will unlock value for shareholders as the embedded valuation of Field Services within QEP is well below midstream peers.”

The ultimate goal is to reverse QEP Resources’ gross underperformance relative to its peers. QEP Resources was one of the worst performing oil and gas exploration and production companies in 2013.

With the midstream assets completely spun-off, management will be able to focus on finding and extracting oil and gas. This should also lead to higher trading multiples for QEP Resources, where the market should reward the company with multiples that are more in line with its pure upstream peers.

The company has various undeveloped properties in the Midland Basin that look to be quite valuable. Shortly after announcing a full spinoff of its midstream assets, QEP Resources spent $950 million on a sizable acreage purchase in the Permian Basin. This boosts the company’s inventory and gives it a presence in one of the fastest growing shale plays in the U.S.

As the company ramps up its drilling program, there looks to be a big payoff down the road. That looks to be one of the main reasons why Jana Partners remains QEP resources largest shareholder — owning just under 9% of the company.

On the other hand, the new midstream company that QEP Resources will releasing control of will be positioned nicely to continue rewarding shareholders. QEP Midstream Partners’ distribution yield is already 4.1%, which is above many of the other LPs you’ll find in the space.

Jana is looking to capitalize on QEP Resources’ plans to become a pure play in the oil and gas exploration and production industry. On the other hand, QEP Midstream Partners looks to be a solid income play, and will soon be out from under control of QEP Resources — free to pursue a path that’s in the MLPs best interest. These 2 stocks are worth owning in this activist investor’s aftermath.