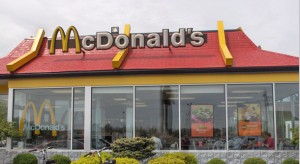 Signs of trouble are popping up everywhere. Not only is the global economy looking shaky because of declining growth in the emerging markets, and more recently the surprise Brexit vote, but the U.S. economy is far from booming.

Last month’s weak jobs report, and the weak May durable goods numbers, imply that the U.S. economy is showing signs of weakness.

The last major recession was in 2008. The S&P 500 fell dramatically in the financial crisis, but three stocks that outperformed were Wal-Mart Stores (NYSE: WMT), McDonald’s (NYSE: MCD), and PepsiCo (NYSE: PEP). These consumer stocks will likely outperform once again if the U.S. economy is about to enter a recession.

When times are tough, investors get defensive. That was true in the 2008-2009 bear market, and it will likely be true again if the U.S. economy goes into a downturn. The stock markets have experienced heightened levels of volatility, but Wal-Mart, McDonald’s, and PepsiCo are much less volatile than the broader market. The day after the Brexit vote, in which the S&P 500 fell 3.5%, all three stocks were down 2.5% or less. Wal-Mart was nearly positive for the day.

Investors can measure their volatility with beta values, which indicate the relative volatility of a stock in comparison to the overall market. Each of these three recession stocks has a beta value of 0.50 or less, meaning for every 1% move in the S&P 500, they can be expected to drop 0.5% or less.

In addition, they operate in an advantageous industry, consumer goods. These three stocks are highly profitable companies that consumers tend to gravitate towards when the economy takes a dip. In fact, Wal-Mart and McDonald’s were the only two stocks in the Dow Jones Industrial Average to increase in value in 2008.

When the economy heads into recession, consumers tend to tighten their belts and shift their spending, which is actually a tailwind for these three stocks. Discount retailer Wal-Mart benefits as consumers spend less on retail goods, while McDonald’s and PepsiCo benefit when consumers scale down their spending on eating out.

A Margin of Safety Plus Favorable Yields

Their defensive nature provides investors with a meaningful margin of safety, as does the fact that they pay above-average dividend yields. Based on their June 24 closing prices, Wal-Mart, McDonald’s, and PepsiCo offer dividend yields of 2.7%, 3%, and 2.9%. Their yields compare very favorably to the S&P 500 Index, which only yields about 2% on average.

They all have long track records of raising their dividends over time. Wal-Mart, McDonald’s, and PepsiCo are all Dividend Aristocrats, a group of companies in the S&P 500 that have raised their shareholder dividends for at least 25 years in a row. All three companies have done much better than that—Wal-Mart, McDonald’s, and PepsiCo have raised their dividends for 43, 39, and 44 years in a row, respectively.

Receiving higher dividends each year can be a valuable way to offset portfolio losses if another bear market hits. Reinvesting dividends at lower share prices gives investors more bang for the buck, and buys more shares for every dollar.

Wal-Mart, McDonald’s, and PepsiCo offer stability and value. To be sure, they are not growth stocks, and if the market takes off, they could under-perform the averages.

But in light of the disappointing economic data, and the distinct possibility that geopolitical risk has reared its ugly head again, these three recession stocks could outperform in a down market.