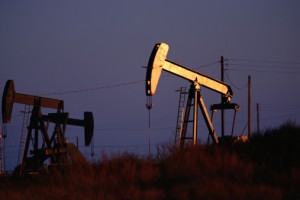 In the energy sector, the exploration and production companies have been hit the hardest over the past year.

Companies on the upstream end of the oil and gas spectrum are involved in exploration and production, and are thus much more dependent on supportive commodity prices than their midstream or downstream industry peers.

As a result, a number of upstream master limited partnerships have seen their stock prices slashed as West Texas Intermediate crude prices collapsed roughly 50% from their 2014 peak to the 2015 low. One such upstream MLP is Linn Energy (NASDAQ: LINE), along with its financial holding entity LinnCo (NASDAQ: LNCO), which both had to cut their distributions as a result of the commodity crash.

But contrarian investors should see a lot to like about Linn. The company’s high-quality assets are centered on some of the strongest areas of production in the United States. Linn has a large footprint in several premier acreage areas across the country, including the Permian Basin, California and the Hugoton Basin. And Linn’s asset base is diversified as far as product mix: 58% of Linn’s production is natural gas, 28% is oil and 14% is natural gas liquids.

Linn holds a total of 7.3 trillion cubic feet equivalents of proved reserves, 80% of which are proved and developed. Linn’s assets have an average reserve life of 17 years, and have just a 15% base decline rate.

In addition, Linn Energy provides a 10% distribution yield that should be covered by sufficient cash flow this year, even at such low oil prices. And the price of oil is already meaningfully above its lows set earlier this year.

Therefore, for investors who think the worst is over for oil, Linn Energy could be a huge winner going forward.

Linn had to take a number of proactive steps to batten down the hatches as the price of oil significantly declined. First, Linn cut its 2015 capital spending budget by 65%. In addition, Linn cut its investor distribution by 57% earlier this year, as oil plunged to $45 per barrel.

Fortunately, these actions appear to have improved Linn’s financial position. The company’s oil and gas production grew 2% last quarter, despite such a large reduction in capital expenditures. This implies Linn’s shifting focus toward higher-quality assets with lower rates of decline is working as management had hoped.

Going forward, there is reason to believe Linn finally has light at the end of the tunnel. The company expects to fund its 2015 distributions and oil and gas capital spending entirely from internally generated cash flow.

Furthermore, oil has already enjoyed a stealth rally since hitting its low for the year. West Texas Intermediate is already back to $60 per barrel, representing a strong 33% rally off the bottom. This sets the stage for a strong bounceback for Linn, if the oil rally is sustainable.

Of course, investors need to understand that hedges will not cover Linn forever. Those hedges begin to roll off meaningfully after one year. For example, Linn’s oil production is only hedged at 65% next year. As a result, a long-term sustained downturn in oil prices will endanger Linn’s turnaround.

As a result, investors should understand that a bet on Linn Energy is, in large part, a bet on rising oil prices. But if oil can continue to rally, Linn’s cash flow will rise significantly. This offers investors the potential for compelling price appreciation, as well as significant income.