In the energy sector, there are a wide variety of companies to choose from across a number of different industries. The energy spectrum spans the upstream (exploration and production), midstream (pipelines and storage) and downstream (refining) business models. Some companies operate a multitude of these business segments. These are the integrated majors like Exxon Mobil (NYSE: XOM). 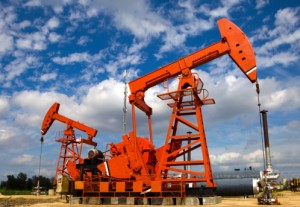 But other businesses focus on one specific area. On the upstream side, two of the major players include ConocoPhillips (NYSE: COP) and Occidental Petroleum (NYSE: OXY). These two companies are independent exploration and production companies.

Upstream-only companies are more volatile than the integrated “supermajors,” because they are highly dependent on the underlying commodity price. When the price of oil rose to $100 per barrel, these companies enjoyed robust profitability. However, the opposite is also true. Now that oil has declined to roughly $50 per barrel in the United States, the upstream companies are seeing profits dry up.

This trend should compel investors to take a bird’s-eye view of the situation, and ask themselves if the independent exploration and production companies are still worthwhile. For investors who think that oil may have bottomed, the upstream stocks offer compelling upside potential if oil does indeed rally in the near future.

Indeed, there’s reason to think ConocoPhillips and Occidental Petroleum offer more upside potential than downside. Thanks to their declining stock prices over the past several months, both companies now sport attractive valuations and high dividend yields.

Moreover, both companies offer nearly 4% dividend yields. This presents an attractive opportunity for both value and income investors. Of course, whether these two stocks pay off going forward depends on what happens to oil.

Both high-yield oil stocks had a rough year, which was entirely expected due to the oil crash. ConocoPhillips lost $39 million in the fourth quarter, which depressed its full-year results. Full-year earnings were $6.9 billion, or $5.51 per share, compared with 2013 earnings of $9.2 billion, or $7.38 per share. This represented a 25% decline in profits year-over-year.

In similar fashion, Occidental lost $3.4 billion in the fourth quarter last year, compared to a $1.6 billion profit in the same quarter of 2013. Not surprisingly, this was because its worldwide realized crude oil prices declined by 28% year-over-year, from $99 a barrel to $71 a barrel. For the year, core earnings per share fell 16% to $4.83 per share.

It’s worth noting that the price of crude oil has since declined well below the average realized prices reported by both companies last quarter. That implies another weak round of earnings results for the first quarter of the current year. Investors need to brace themselves for the possibility that things will get worse before they get better. Still, both companies should earn enough in underlying profits this year to again cover their dividends.

Plus, investors should take some comfort in the fact that both companies are aggressively cutting expenses to keep profits afloat during this extremely difficult operating climate. For example, ConocoPhillips announced that its annual spending will be reduced by 28% to $11 billion. For its part, Occidental is taking down its 2015 capital expenditures by 33% compared to 2014 levels, to $5.8 billion.

ConocoPhillips is also resorting to asset sales to raise even more cash. The company recently announced its intention to sell certain non-core acreage in the United States, including in the Rockies and Texas. The estimated value of these assets is estimated to be $1.5 billion to $2 billion.

The major takeaway is that even though this is a very bad time to be in the oil and gas exploration and production business, ConocoPhillips and Occidental are taking the necessary steps to shore up their financial positions. This should keep their dividends secure.

Investors not afraid to dip their toes in the energy sector are offered some compelling valuations with these high-yield oil stocks. If oil rallies, ConocoPhillips and Occidental look like good buying opportunities.