On Tuesday the Federal Open Market Committee (FOMC) confirmed what many had suspected: interest rates will remain near zero through at least late 2014. It's a stance the Fed took back in January, and again reiterated this week.

While there are sure signs that the U.S. economy is improving, Ben Bernanke and company said there are still enough "downside risks" to necessitate keeping interest rates at virtually nothing.

That means traditional high-yielding avenues investors have come to rely on as a place to store their money and watch it multiply – be it CDs, money market accounts or U.S. Treasuries – are neither reliable nor profitable at the moment. Income investors have no choice but look elsewhere.

Exchange-traded funds aren't a bad place to look. ETFs can offer the high yields of a dividend stock but with the diversification of a mutual fund. 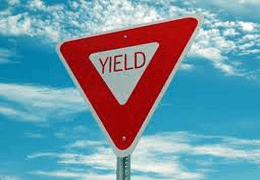 Here are five ETFs that currently offer more than 5% yield:

The phrase "junk bond" isn't exactly music to an investor's ears. But thanks largely to the Federal Reserve keeping interest rates near zero until 2014, junk bond ETFs have had a good run of late. Junk bond ETFs grew 68% in the past year and an eye-popping 244% over the last three years.

As junk bond ETFs have grown, so too have their dividends. And no junk bond ETF offers a more generous yield than JNK. With a 7.3% yield and a year-to-date return of 4.84%, JNK is the best way to generate income through the junk-bond sector.

As the Fed's latest round of stress tests revealed, the big banks are finally beginning to stabilize. Bank of America (NYSE: BAC), JP Morgan Chase (NYSE: JPM) and Wells Fargo (NYSE: WFC) were among the 18 banks that passed the Federal Reserve's stress tests – designed to determine which banks would hold up if the economy goes in the tank again – earlier this week. Passing the stress test was viewed as an unofficial green light for banks to increase their dividends and share buybacks. Right on cue, JP Morgan and Wells Fargo announced plans to do just that.

Improved financial health among the big banks is good news for Power Shares Financial, which is already up close to 11% for the year as banks have led this furious rally. With PGF's stock price rising, its dividend yield of nearly 7% looks like icing on the cake.

Another ETF heavily weighted in financials, the iShares S&P Preferred is also on the upswing. Riding the big banks' coattails, PFF has returned 9.4% this year. Wells Fargo, Bank of America, Barclays (NYSE: BCS) and Citigroup (NYSE: C) are among PFF's holdings. The ETF was struggling right along with the banks in the second half of 2011. Now that financials have rallied, it has risen back above its 200-day moving average. Like PGF, PFF is a rising ETF that is yielding more than 6%.

As its name suggests, "rare earth" metals are a precious commodity. They are used in high-tech items such as jet engines, televisions and cell phones. As those items become more commonplace, the demand for rare earth increases.

That's why REMX – and ETF that tracks rare earth metals – has returned 17.4% year-to-date. It is one of the few ETFs that gives investors access to companies that mine, refine or manufacture rare earth metals. The fund has 29 holdings with assets all over the globe, from the U.S. to Australia.

Because about 57% of those holdings are small- and micro-cap stocks, REMX is certainly volatile. In 2011, REMX got crushed – falling by 39.3%. But it has bounced back with a vengeance this year, and that could be the new norm. China, which produces 97% of the world's rare earth supply, is refusing to lift trade embargoes on the mineral, driving rare earth prices sky high. Since REMX is the only ETF that includes some of the only non-Chinese rare earth miners in the world, its assets will become more valuable as long as China's trade ban continues.

One of three Build America Bond ETFs, BAB provides investors access to government-backed, fixed-income securities that were introduced after the recession to help spur the U.S. economy's recovery. Given that current interest rates are close to zero, and will remain so until at least 2014, BAB's 5.1% yield over the last 12 months is a very appealing alternative.

In today's low-interest-rate world, you need to look in every nook and cranny for yield.  Don't overlook ETFs as a suitable alternative if you're looking for a decent return.