The March 1 sequestration deadline came and went without any action from Congress. That was no surprise. What was a surprise was how the markets reacted.

Both the S&P 500 and Dow Jones Industrial Average have risen to new all-time highs since the deadline passed. Even in the days preceding the sequestration deadline, stocks rose. The S&P is up 4.3% since February 25; the Dow has advanced by more than 600 points. That’s not exactly the sell-off many analysts were expecting.

How could that be? Stocks typically fall as a debt deadline – or in this case, $83 billion in spending cuts – approaches. Just look at what happened in the week leading up to the August 1, 2011 debt ceiling deadline and the January 1 Fiscal Cliff cut-off: 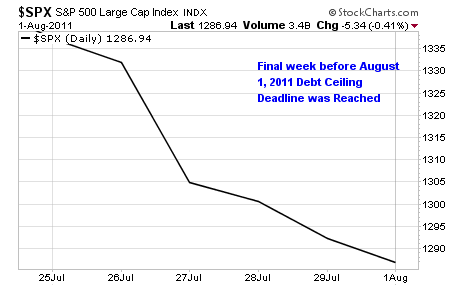 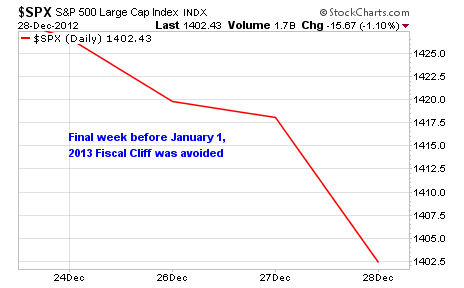 Each time, panic set in with investors as the deadline approached, prompting an average decline of 2.8% in the S&P 500. In both instances, however, Congress came to an 11th-hour agreement to avoid any financial disasters.

That didn’t happen this time. Judging from the below chart of the S&P’s performance in the days before and after the March 1 deadline, investors haven’t been losing sleep over sequestration: 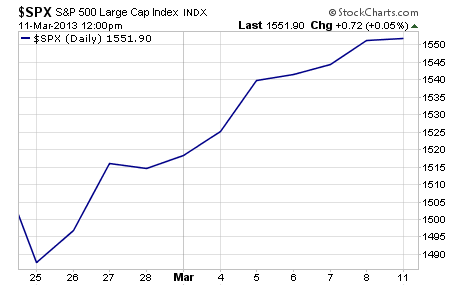 There are two explanations.

One is that investors believe Congress did the right thing in allowing the spending cuts to go into effect. The other is that there have simply been so many debt deadlines, fiscal cliffs and scheduled spending cuts in recent years that Wall Street has become immune to the repeated ultimatums.

The average person has no faith in Congress compromising on anything these days. So why should investors base how they buy and sell stocks on the whims of such an unreliable, self-interested bunch?

The impacts of sequestration are very real. Special education teachers, small business owners, natural-disaster first responders and air traffic controllers are among those who will feel the brunt of the across-the-board spending cuts. The effect on Wall Street, however, would be less tangible.

Yes, the cuts could make the troubling – albeit improving – unemployment numbers even worse. The Congressional Budget Office estimates 1.4 million people will lose their jobs if the cuts take effect. America’s Gross Domestic Product (GDP) could take another hit after declining 1.3% in the fourth quarter of 2012. Merrill Lynch is already projecting that the number of new jobs will shrink to less than 100,000 in April and May as “sequester-related job cuts are implemented.”

Stocks tend to recoil in the face of rising unemployment rates and GDP declines. At least for a day or two.

But here’s the thing: the unemployment rate has risen on several occasions in the past year, and U.S. GDP did decline last quarter. And yet here we are with stocks reaching all-time highs.

Perhaps investors have grown so weary of all the negative news about the sluggish U.S. economy and the sovereign debt mess in Europe that they’ve learned to “tune out all the noise,” as my Wyatt Investment Research colleague Andy Crowder likes to say.

Maybe investors have stopped caring about all these arbitrary fiscal deadlines and started focusing solely on which stocks they want to buy. There are plenty of public companies to like out there – few of them directly impacted by sequestration. While it’s doubtful that stocks can maintain their torrid pace, it doesn’t seem as if they’re about to fall off a cliff the way some analysts have been insisting they will for months.

Maybe Congress will listen to Obama’s pleas and put an end to the spending cuts before they do much damage. Or maybe they’ll continue to do nothing and the spending cuts will actually have a positive long-term effect on the stagnant U.S. economy.

Either way, it’s best not to let macro issues such as sequestration change how you invest.

As the last couple of weeks have revealed, most investors are “tuning out the noise.” You should too.

Editor's note: If you would like to invest alongside Ian Wyatt… and see exactly what he's doing with $100,000 of his own money in the market… then consider taking a free, 30-day trial to our real money alert service, $100k Portfolio. You'll get instant access to Ian's entire portfolio and see every special report and every piece of research. Click here to try $100k Portfolio, free.