My colleague Chris Preston is an accomplished journalist, so I’ve asked him to step in and ask me some questions about investing today. Below is a conversation we recently had about gold, banks, the U.S. government and where I think things are headed. We’ll be posting this conversation, in parts, every week. If you miss one, you can always visit our website wyattresearch.com to get caught up. 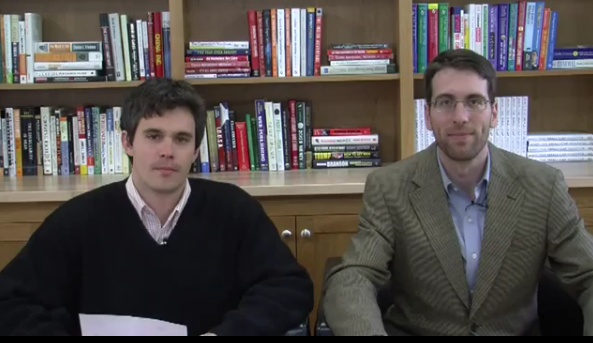 Chris: So what’s going on out there right now that you think our readers should be aware of?

Kevin: One of the big things that’s still out there that people aren’t paying much attention to despite the fact that it’s getting worse is the euro crisis. I just heard recently that unemployment in the whole euro zone is at the highest level it’s been since it became a unified currency back in the ‘90s. All the solutions haven’t fixed anything. In fact, they’ve made everything worse.

But people have forgotten about it. I’ve said this before: The average investor has a really short-term memory. If they’re not being hit over the head with it every six months, people will forget about it.

Chris: It seems like that’s at least partly because it’s not plaguing the U.S. market so far this year like it was last year.

Kevin: Yeah, and Timothy Geithner, the U.S. Treasury Secretary, said that the euro crisis is not a serious threat to the U.S. banking industry. This is one of these things where every time this guy gets out there and makes a concerted effort to tell you one thing it’s because he knows the opposite is true. We’ve seen this time and time again where he says he’s not going to devalue the U.S. currency, and the next week the U.S. currency gets devalued because of some policy he enacts.

It’s like that old saying in the Soviet Union: Nothing can be confirmed until it’s officially denied.

Chris: It’s sort of like they’re saying, “nothing to see here, people” while all these horrible things are happening.

Chris: What do you think the impact on U.S. banks will be – and when?

Kevin: Unfortunately I think the U.S. banking system is joined at the hip with the U.S. Treasury. The Federal Reserve has kind of signed a suicide pact with American banks. They’re telling the market that banks like JPMorgan Chase(NYSE: JPM), Goldman Sachs (NYSE: GS), Bank of America (NYSE: BAC) won’t fail. The next crisis that comes, these guys are going to be the first ones to receive bailout money. In the meantime, we’re going to make their balance sheets as strong as possible so that they can survive a potential euro crisis.

So I think in the long term, a lot of these banks are going to be bankrupt. But in the intermediate term, the United States government – the Federal Reserve – is going to backstop these banks. I’m sure a lot of U.S. banks have been de-leveraging themselves from European banks. There are a lot of crossed strings where all these (U.S. and European) banks have been knotted together, so it’s really difficult to kind of track it all back to Europe. Some American banks still have a lot of exposure to European banks. But our government has said, in no uncertain terms, that we can’t let our banks fail.

By extension, we’re going to make it as easy as possible for these guys to have access to capital. We’re going to put the full faith and credit of the U.S. dollar behind our financial sector.

Chris: So, in other words….buy gold?

Kevin: (Laughs) The investment implications, at least for people investing in the commodities sector who probably firmly believed this two or three years ago when gold seemed to be making new highs every week, are that unless you own it in your hands, unless you can grab it from underneath your mattress or it’s in a safe deposit box outside the United States, that maybe you don’t own it. Maybe the U.S. government or a bank owns it.

We saw this with MF Global and Jon Corzine – it’s not outside the realm of possibility that a bank will seize assets that don’t belong to them and do belong to their clients. Every financial asset that is within the grasp of the United States government is potentially a liability that they can grab from you – even the U.S. dollar. Every dollar in existence, every Treasury bond or Treasury bill, is a claim on the United States. These are liabilities for the U.S. government. So if you own them you’re taking the other side of the trade, hoping that they’re going to fulfill their obligations.

And we’ve seen a lot of times in recent history that governments, when their backs are against the wall and they have to choose between fiscal austerity – as we’re seeing kind of being practiced in Greece and Portugal – or default, that they’re going to default. We probably can’t raise taxes too much more in this country, so the easiest way for a government to default is to print money. But they don’t have to print money. They can press a button in the Federal Reserve that makes additional “1s” and “0s” go to banks and corporations. Anyone who’s looked at the U.S. debt and U.S. liabilities has to come to the conclusion that that’s the end game.

It could be a decade between now and the end game. What should you own between now and then? I recommend owning six to 12 months worth of living expenses in gold and silver. And tap into it if you need to. I look at gold and silver as a form of cash savings that is not a liability of the U.S. government or any corporation or any bank. It can’t just get taken away or inflated or deflated by some fiat of a government official or banker.