The most interesting thing I read in Warren Buffett’s 2011 annual letter
to shareholders (released last week) was when he challenged anyone to
fold and throw an Omaha World-Herald newspaper closer to a front door
than he can.

Buffett cited his experience delivering 500,000 papers as a teenager for
his precision. If he’s as good at folding and throwing as he is at
investing, I’m not going to challenge him.

In all seriousness, I did find much to appreciate in Buffett’s letter
when I sat down to read it Saturday morning.

Here are the big picture insights and lessons that jumped out at
me. 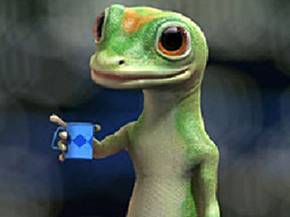 Exceptions to
conventional wisdom are just fine, if you know what you’re
doing

Buffet says that 98% of his net worth is wrapped up in Berkshire stock.
This works for him because of the diversity of Berkshire’s investments,
and because he knows exactly what he owns. But most advisors would say
this is not wise. However, Berkshire is extremely well diversified.

Lesson: Diversification is good only if you have good diversification –
but it’s bad if you own a bunch of bad investments. You should allocate
capital to the investments in which you have the greatest confidence of
earning a return.

Passive income is a key to financial freedom

A large part of Berkshire’s income, and cash flow, comes by taking in
money through insurance premiums and investing it. The company is, in
essence, paid to invest the money. Some of this is invested in
dividend-paying companies such as Coca-Cola (NYSE:KO) –
an investment Berkshire is up 977% on, not including dividends.

Lesson: Search out passive investments and always, always, own strong
dividend-paying companies for the long term.

Buffett was about as wrong as one can be a couple years ago when he
invested in natural gas-related investments. They tanked, and Berkshire
has already written down well more than 50% of the investment. These
investments might recover, but haven’t yet.

Lesson: The right diversification helps you recover from your mistakes.
Admit them, learn from them, and move on.

Last year Buffet claimed that, "a housing recovery will probably begin
within a year or so." He admits now that this prediction was "dead
wrong." With five housing-related investments, he should know –
Berkshire’s pre-tax profits from its housing investments are down 71.5%
over the past  five years. He’s staying the course, however, stating
that housing will eventually recover since new household growth is
outpacing new housing starts, and multi-generational households can live
in peace only for so long.

Lesson: Being early is better than being late. I believe the right
housing-related investments are one of the best buys in the market today.
This mammoth industry will come around, eventually.

"What is smart at one price is dumb at
another"

This is straight Buffet and really needs no explanation.

For long-term investors, a rising share price is not always a
good thing

If your goal is to amass a significant amount of a publicly traded stock,
a rising share price can work against you. This can be the case if you
need to earn the money to purchase shares over time since each dollar
invested buys less as the price rises. It’s also true if you are
reinvesting dividends, for the same reason. And it’s also true for
companies that buy back their own shares at higher prices.

All of the above purchases are better when the price is relatively low
because the invested dollars go further. Knowing that most stocks derive
their value from future earnings, Buffett states, "low prices [are] my
friend."

He adds if you expect to accumulate shares in the future but rejoice at
high share prices, then you are like "a commuter who rejoices after the
price of gas increases, simply because [your] tank contains a day’s
supply."

Lesson #1: The stock market’s long-term wealth effect (its intended
purpose) dictates that investors should accumulate shares when they are
inexpensive. Low prices on the right stocks are indeed your friend.

Lesson #2: Knowing Buffett’s thoughts on stock prices, a sound investing
strategy is not necessarily to  "buy what Buffett is buying," even
though the media might make you think otherwise. I’d say a better
strategy is to "Buy like Buffett."

Buried in page 9 of Buffett’s letter was an example of how Berkshire
keeps costs down using the GEICO lizard: "Our lizard has another
enduring quality: Unlike human spokesmen or spokeswomen who expensively
represent other insurance companies, our little fellow has no
agent."

Lesson: When I read this, my first thought was that given Berkshire’s
ability to generate compounded annual gains of 19.8% (in per-share book
value) since 1965, the GEICO lizard has been one of Berkshire’s best
investments. At a near 20% annual return, all the money the company saves
not paying a "real" spokesperson is invested elsewhere in the business.
The exact same effect occurs when you keep your trading costs low.

Right now, it’s clear that as much as ever Buffet prefers to invest in
productive assets. This is his investing strategy at a very basic level,
and it’s elegantly simple. It’s why he prefers owning companies over
currency-based assets such as bonds and physical gold. He suggests that
there is huge purchasing-power risk with bonds, and a lack of utility
with gold.

That he’s sticking to his focus on productive assets was clear from his
latest letter. And his commitment to a relatively simple and sustainable
strategy was the biggest take-away from my breakfast with Buffett.